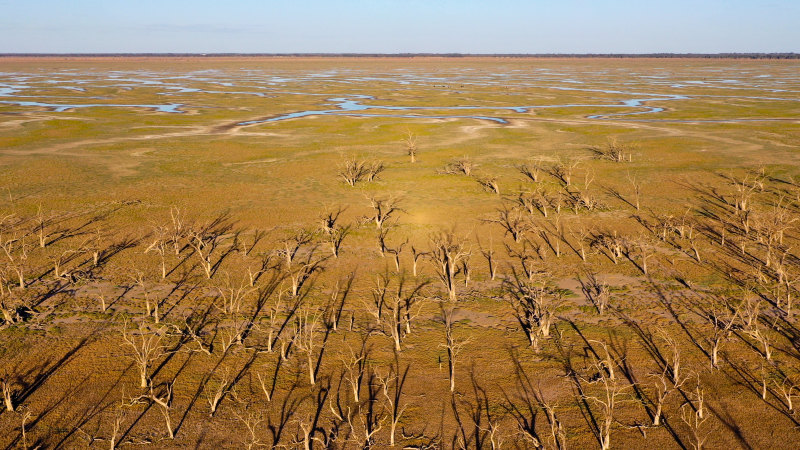 A CSIRO study, Quantifying extinction risk estimated that climate change would increase the rate of losses about fivefold, with 10 birds and seven mammals becoming extinct in the next 20 years “without purposeful intervention”.

Assistant director of the Australian Research Council Centre of Excellence for Coral Reef Studies Alana Grech said climate change is the “leading cause of decline” for the Great Barrier Reef and the legislation should be changed to mitigate its impacts.

The Commonwealth government’s Great Barrier Reef Outlook Report for 2019 showed “the ecosystem is still deteriorating” and found global warming to be the greatest threat to the reef, Associate Professor Grech said.

A recent survey of the World Heritage listed coral ecosystem by the Centre of Excellence found that more than 60 per cent of the reef ecosystem had suffered in a bleaching event caused by global warming earlier this year. Mass bleachings did not occur before the mid-1990s, but this year’s event was the third and most widespread of three in the past five years.

The current trajectory of global warming, dependent on increasing international emissions reduction, is 2 degrees by 2050 – a level which the Intergovernmental Panel on Climate Change predicts will lead to decline in more than 90 per cent of coral reefs.

Professor Hughes, a climate scientist and biologist at Macquarie University, said “climate change should be compulsory in the legislation” and the laws should force the federal Environment Minister to fund action plans that prevent species becoming extinct, or to help them recover from reduced populations including translocating vulnerable populations and captive breeding.

Australian Conservation Foundation policy co-ordinator James Trezise said the federal government should follow the lead of state governments which have set standards for how emissions-intensive projects are approved “like in Western Australia with mandatory emissions offsets”.

“We are advocating for a climate trigger to be inserted into the laws, which compels the minister to account for the impact of climate change from major projects,” Mr Trezise said.

Greens senator Sarah Hanson-Young has introduced to the Senate a private members bill, dubbed the Climate Trigger. It would force projects with carbon emission and climate impacts to gain approval under the EPBC Act.

A submission on the Climate Trigger bill from the federal Energy Department said the EPBC Act is not the “most appropriate mechanism to drive emissions reductions or ensure fulfilment of Australia’s international obligations” and argued it would create unnecessary duplication for project approvals.

The Act is currently under review by former chair of the Australian Consumer and Competition Commission, Graeme Samuel, who is due to complete his report for Environment Minister Sussan Ley later this month. A spokesperson for the minister said the “government will respond in due course”.

On the updated forecasts, the bureau expects as much as 45 millimetres for Sydney’s Observatory …