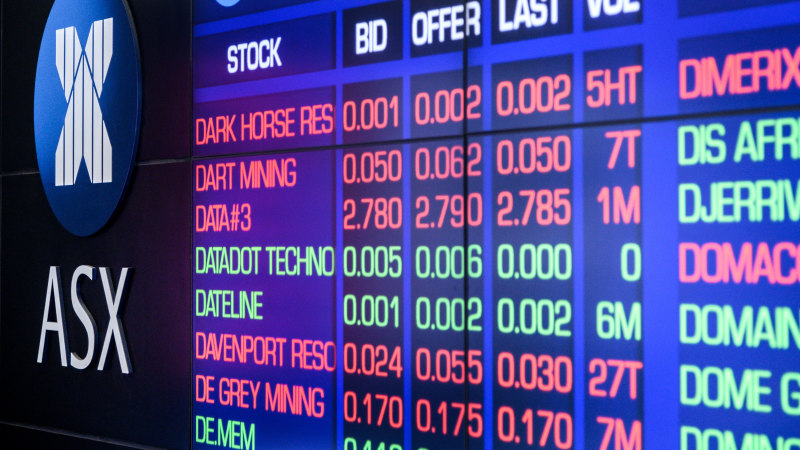 Investors had already been spooked by a US Fed reality check that the road ahead will be long and tough. The falls brought to an end six weeks of gains in what local analysts said was a long-overdue correction.

On Wall Street on Friday it was a more positive mood with the Dow Jones Industrial Index closing up 1.9 per cent, while US futures are pointing to a flat open for Monday’s session.

Looking ahead, Thursday’s Labour Force release from the Australian Bureau of Statistics is expected to show a sharp uptick in the unemployment rate as government-imposed coronavirus lockdowns tightened their grip on the economy.

Official unemployment rose from 5.2 per cent to 6.2 per cent in April but it would have been far worse had it not been for a collapse in the number of people active in the jobs market.

Commonwealth Bank’s global markets research team is forecasting employment to fall by another 100,000 in May, after a fall of 594,000 in April, and for the unemployment rate to rise to 7.7 per cent from 6.2 per cent.

CBA says this will be driven in part by a lift in the participation rate from 63.5 per cent to 64 per cent.

ANZ is forecasting that 180,000 more people lost employment and that the unemployment rate will have risen 6.9 per cent. ANZ senior economist Catherine Birch says there will also likely be further declines in hours worked and participation and continued escalation in underemployment.

Ms Birch said this seem pessimistic, given that the US and Canada employment data surprised to the upside in May, but it reflected differing data collection periods and the timeframe of respective social distancing policies

“At that time, physical distancing measures and economic restrictions had been in place for longer. Similarly, the May data for Australia was collected for May 3 to 16, when most restrictions were still in place, while data for Canada and the US covered May 10 to May 16.”

“So when we think about the likely change between April and May for Australia, we had a better starting point and a worse ‘end point’.”

CBA said the market may get a hint of what is to come on Tuesday when the ABS releases the weekly payrolls jobs and wages data for the week ending 30 May. This release counts jobs, not employed persons. In Australia the rate of multiple job holding is around 6 per cent, CBA said.

The Reserve Bank is on Tuesday also scheduled to publish minutes from its most recent policy meeting in which it kept the cash rate at 0.25 per cent, potentially offering new insight into its outlook for the local economy.

First-quarter GDP data will also be released in New Zealand this week.

Previous Real estate agent lodges claim for more than $743,000 in alleged unpaid commissions
Next Squeaky or sticky sand shows beaches most at risk