Victoria won’t budge on crowds despite significant easing in NSW 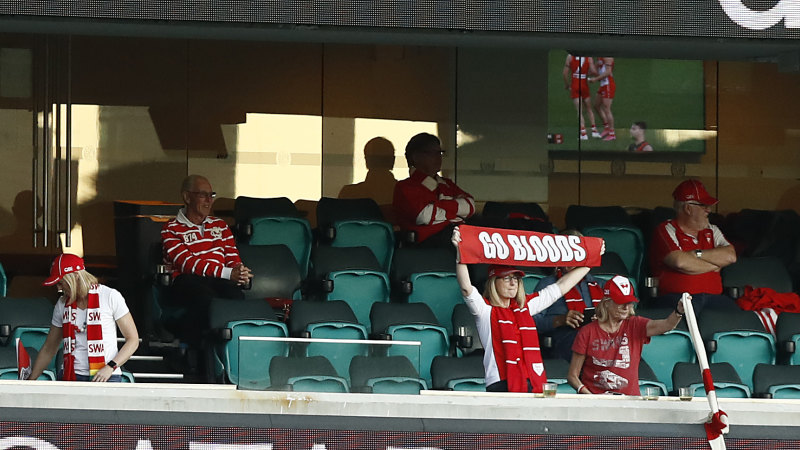 “It can be a concert, a music event, a sporting event. That is for venues with 40,000 capacity and lower.

“It would have to be a large, open area. There would need to be seats at the appropriate distance. It would need to be ticketed, so people would be able to understand who was in attendance at that event,” Mr Morrison said.

However a Victorian State Government spokesperson said on Sunday that Victoria would not yet budge on its ban on crowds at AFL matches.

“We’re working with relevant codes to get fans back to stadiums as soon as it is safe to do so,” the spokesperson said.

Both the MCG and Marvel Stadium have capacities of well over 40,000 but will continue to work with the government in a bid to get fans back.

Melbourne Cricket Club chief executive Stuart Fox is working on the Live Entertainment Industry Forum – spearheaded by former Cricket Australia chief James Sutherland – which aims to forge a pathway back to crowds for sports and entertainment.

Geelong’s GMHBA Stadium and Ballarat’s Mars Stadium are the only two AFL venues in Victoria with capacities of under 40,000.

The Western Bulldogs are expecting to be able to play their allotment of two matches at the Ballarat venue.

The AFL have repeatedly stressed they will be guided by government advice when it comes to crowds returning.

Small crowds were allowed at AFL matches this weekend in Sydney and Adelaide.

The Victorian Department of Health and Human Services declined to comment on Sunday.