‘A lot of changeover’: Gallen says instability at top affecting Sharks on pitch

admin 4 weeks ago Sport Comments Off on ‘A lot of changeover’: Gallen says instability at top affecting Sharks on pitch 15 Views 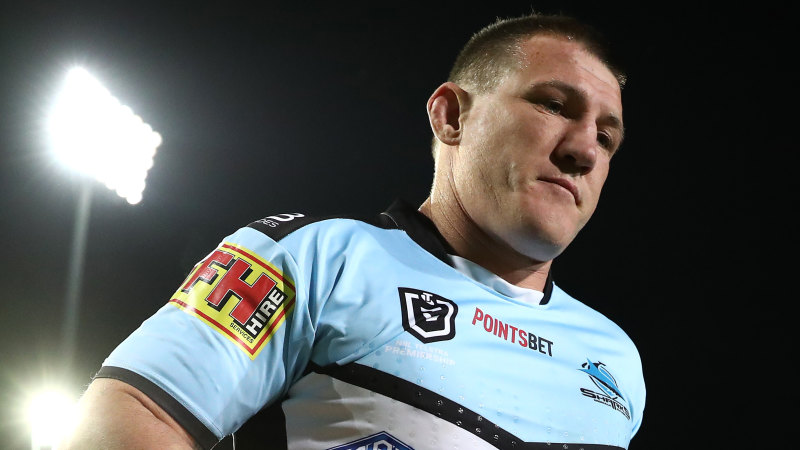 Sharks captain Graham was put under more pressure this season, both on and off the field, when Bronson Xerri was suspended after testing positive to performance-enhancing steroids, with the club already struggling with a depleted roster. On Monday, the Rabbitohs announced they would release young prospect Bryson Goodwin, who was welcomed with open arms by the Sharks.

Fifita and Josh Dugan also stepped up as leaders during the COVID-19 shutdown, taking five of the team’s youngsters to TAFE for social work during the pandemic to help their wellbeing.

“There have been some trying times with COVID-19, what happened with Bronson and the turnover of people down there,” Gallen said. “But I don’t want to lay judgement on anyone down there at the moment, everyone down there is doing their best.”

Gallen commended the board for its commitment to the club, with most board members being stood down or working without pay while the season was suspended.

It was recently revealed by the Herald the Sharks paid about $700,000 to Gallen after he and 15 former teammates at the club unwittingly took banned substances in 2011. Many linked the 2011 saga with Xerri’s steroids scandal. Gallen criticised the Australian Sports Anti-Doping Authority after Xerri’s positive test.

“I think it’s pretty clear that I’m not a fan of ASADA due to what we went through all those years ago,” he told 2GB.

Adding to the club’s instability, Cronulla are without a home ground. Shark Park is being redeveloped until 2022. In the meantime, the club is forced to share Kogarah Oval.

Gallen said the display against St George Illawarra on Sunday highlighted another poor pattern the club needed to address.

“I spoke to a few of the players last week and they were looking forward to that match so they will be disappointed in the defeat,” he said. “Unfortunately the Sharks, my whole time there, they were always slow starters … It is an issue at the club. Why do we always start so slow?”

As well as a rough start to the year for his beloved Sharks, Gallen will also be doing it tough on Thursday by taking part in the Vinnies CEO Sleepout. Although he has wanted to take part for years, the retired star never had the time because of his playing career.

Due to COVID-19, Gallen is unable to sleep rough in the city. He will instead sleep in a tent alongside a CEO friend in his backyard.

“With the current COVID-19 situation there are a lot of people and families who are struggling to get by, and many more facing the prospect of falling into homelessness,” he said.