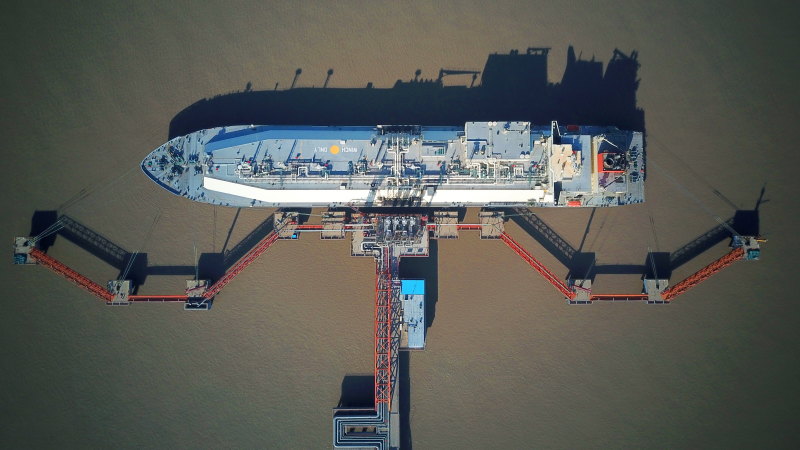 But the coronavirus crisis has slashed demand even further and clouded the outlook for Australia’s $50 billion-a-year LNG export industry at a critical time as the economy awakens from lockdowns.

Australian LNG exports fell by seven cargoes in May as Asian buyers delayed deliveries and sought to minimise contract purchases.

It is estimated that 41 cargoes of Australian LNG were either anchored offshore, sailing around in circles or travelling at slower speeds while they await destination instructions. In a sign of the extent of the oversupply in the market, one cargo loaded last month at Chevron’s LNG operation off the Western Australian coast which was initially destined for Asia was instead sent to Mexico after sitting idle for more than three weeks.

Origin Energy told investors in November that buyers had exercised flexibility provisions for contracts at its Australia Pacific LNG joint venture for the 2020 calendar year, allowing them to accept fewer cargoes.

Industry representatives for the nation’s LNG producers said the warmer winter weather in key markets and lower prices “have had an impact” in the first half of the year, but pointed out that monthly export volumes were broadly in line with levels 12 months ago.

A benchmark LNG futures price, the Platts Japan/Korea marker, crashed to a historic low of $US1.83 per million British thermal units in April for June deliveries, about half of the spot price at the same time last year.

The International Energy Agency said natural gas markets were experiencing the “largest recorded” drop in demand of 4 per cent by the end of 2020, which was likely to lead to lower prices. By 2021, the IEA expects gas orders to recover in mature markets and expand in emerging markets. Medium-term demand for LNG exports, however, faces “several key uncertainties”.

“While that does not seem to be translating through to lower LNG imports, that risk will increase as long as China’s gas output accelerates,” he said.

LNG deliveries to China from Australian projects remain strong, shipping 40 in April and 37 in May, EnergyQuest said. Total Chinese imports were up 12 per cent in April, according to the latest data. But analysts are more concerned about Japan and Korea’s imports, which were both down more than 7 per cent in April.