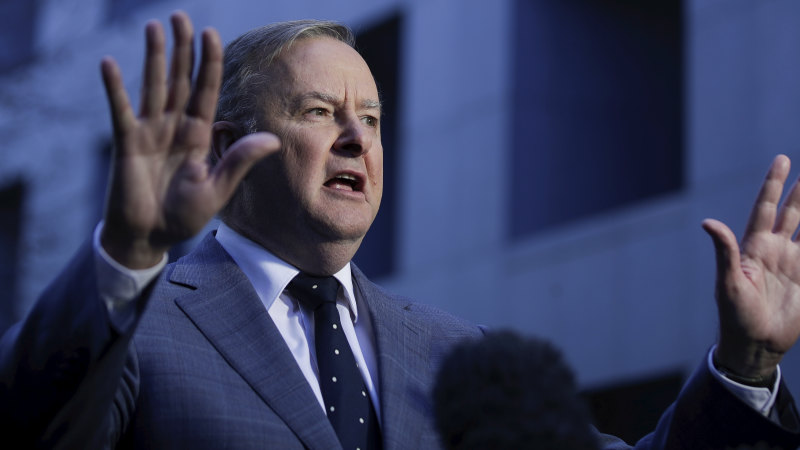 But Right faction sources say the union movement is pushing back against Mr Bracks’ involvement because of his recent comments saying trade unions “don’t represent the bulk of the workforce any longer” and were a diminished and “less influential group”.

Mr Albanese’s choice of Ms Macklin could also be cruelled by her recent state government appointment to lead the Victorian vocational education review.

Mr Bracks, premier from 1999 to 2007, remains a widely respected figure within the party while Ms Macklin, who was the first woman to hold a leadership position in federal Labor, retired at the last election after 23 years in parliament.

Victoria’s Right faction is urging Mr Albanese to ensure any review into branch stacking is wide-ranging and also examines the membership recruitment activities of the Left faction.

The scandal threatens the stability of the federal Victorian caucus, which has been bitterly divided over Mr Somyurek’s rise to power during the past few years, and likely creates a major power vacuum within the faction.

Federal MPs revealed by The Age to be on Mr Somyurek’s hit list – Rob Mitchell (McEwen), Julian Hill (Bruce) and Joanne Ryan (Lalor) – would not comment when approached on Monday, while veteran MP Anthony Byrne, previously close to the Victorian powerbroker, also said he was unable to comment.

But senior Right figures, who spoke only on the condition of anonymity, are warning any review must not be used to strengthen the position of the Left faction.

“There is going to be retribution for what has happened and if there is to be a review it cannot be used to attempt to make the Left stronger and weaken the right,” one MP said.

The ALP’s national executive will meet via teleconference on Tuesday to further advance a potential review of the Victorian branch after Mr Somyurek resigned from his position on the powerful committee following the revelations.

ALP national president Wayne Swan said Mr Somyurek’s conduct was “reprehensible” and “at odds with everything the ALP stands for”.

He said the National Executive Committee had taken further steps to ensure there would never again be a place for Mr Somyurek in the ALP.

“The ALP National Executive takes these matters incredibly seriously, and will be responding to the wider issues raised over the last 24 hours in the coming days,” he said.

Mr Albanese said Labor would be “a better party with the removal of this individual” and said he had fought strongly for the rights of rank-and-file Labor members for 30 years.

“One of the problems that we see here with the scourge of branch stacking and manipulation that we saw last night is that it takes away the power and influence of people who join the Labor Party overwhelmingly not to get anything for themselves, but to do something for their country,” he said.

“I’ve opposed it my entire life. I’ll continue to oppose it. I’ll continue now to use my position as Leader of the Australian Labor Party to make sure that that happens.”

ALP Victorian branch president Susie Byers said the allegations against Mr Somyurek were “serious and will be dealt through the appropriate channels”.

“Many Labor members will have watched recent media reports with a sense of dismay and betrayal,” Ms Byers said in a letter to members.

“Adem Somyurek’s behaviour has no place in our party and the Premier has acted swiftly to ensure that he has no future in our party.

“How we run our party matters. Our members deserve a party that is open, transparent and democratic – where we treat each other with respect, and build the respect and trust of the wider community.”

Previous NRL 2020 LIVE updates: Bulldogs v Roosters at Bankwest Stadium
Next ‘A summer unlike any other’: Europe borders reopen but long road for tourism ahead