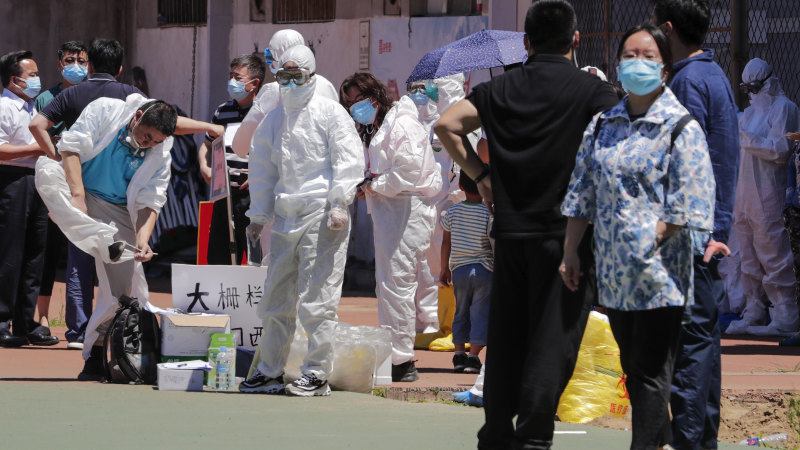 “We have stopped all sales to China and are waiting for the situation to be clarified,” said Stein Martinsen, head of sales and marketing at Norway Royal Salmon.

Genetic traces of the virus from the Beijing market outbreak suggested it could have come from Europe.

Keith Neal, an emeritus professor of the epidemiology of infectious diseases at Britain’s University of Nottingham, said any link to salmon was likely the result of cross contamination.

“Markets can be crowded places, so like in Wuhan, (they) help fuel spread,” he said, referring to the Chinese city where the virus originated.

Neal said finding a link to Europe was not surprising, given the global spread of the virus.

“China gave the world this virus and it was always very likely to give it back to them. Finding a strain prevalent in Europe probably reflects people returning to China after travelling to Europe,” he said.

Norway’s Food Safety Authority said there was no evidence fish could be infected.

China gave the world this virus and it was always very likely to give it back to them.

Shares in Norway Royal Salmon, Faroe Islands-based Bakkafrost and Norway’s Mowi and Salmar were down 3-5 per cent at 12.25pm GMT.

Both Bakkafrost and Norway Royal Salmon said employees had been tested for the virus, and none had tested positive.

China accounts for about 5 per cent of global salmon demand, according to Bakkafrost.

Order cancellations were limited to China and had not affected other markets, said the Norwegian Seafood Council, a marketing firm.

The telling truth behind three of Trump’s false COVID claims

Trump often makes this claim while spruiking Regeneron, the experimental antibody cocktail he was given …