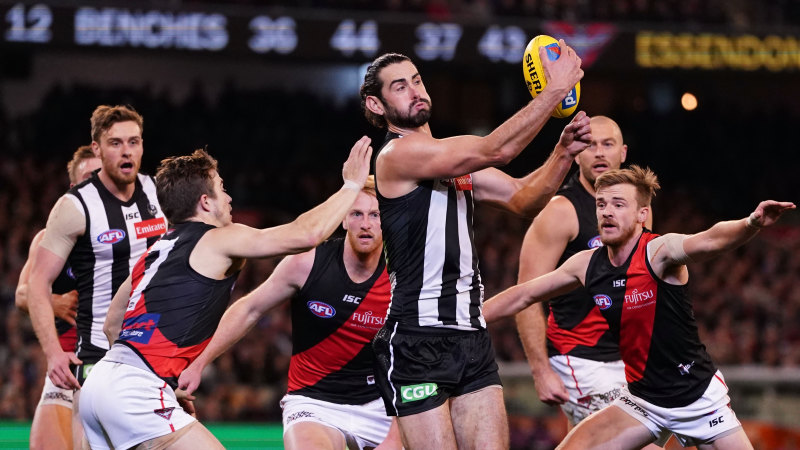 A source close to the situation indicated that the government was waiting to determine the impact of the June 6 BLM protest on coronavirus positives – which as of Monday totalled 1732 in Victoria – before mapping out the road to return.

While Victoria does have several stadiums below the 40,000 threshold, laid out by Morrison, the prevailing view is that the AFL and clubs’ preference is to open venues to at least five-figure crowds, rather than playing in front of only a handful at non-traditional venues, partly due to economic viability.

Morrison said on Friday that the reopening of larger stadiums on a separate issue is set to be addressed on a case-by-case basis.

Meanwhile, the AFL on Monday announced an easing of restrictions on player living arrangements in line with revised state government mandates around the country.

Players are now allowed to play golf and tennis, go surfing and fishing as long as they adhere to social distancing.

Players, approved club staff and relevant match day staff can also visit their homes or be visited at home by immediate family members.

“I would like to thank all the players and match day officials for their commitment that afforded the competition the opportunity for football to return,” AFL general counsel Andrew Dillon said.

“In line with state governments easing restrictions across the states, we, in conjunction with the AFLPA and medical officers, taken the first step to ease the AFL’s return to play protocols and we thank the governments and the Chief Health Officers for their support and guidance.

“While the protocols are, in areas, still stronger than the broader community, the competition is able to participate in elite contact sport before the rest of the country, so we must all continue to ensure they are abided by.”

Previous ‘A summer unlike any other’: Europe borders reopen but long road for tourism ahead
Next Bring out your dead: tales from the branch-stacking front