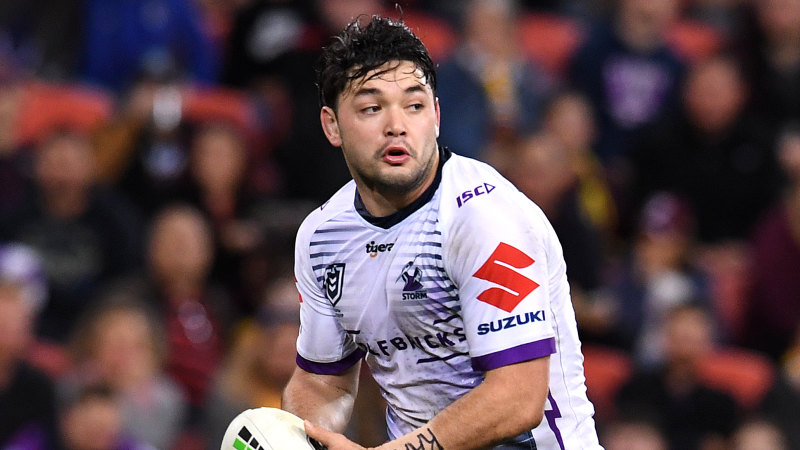 “It took a while for me to transition into how to conserve my energy instead of just going mad, I don’t want to go out and blow out too early,” Smith said.

“I think I’m doing an OK job and hopefully I’ve got many more games to start.

“I don’t think I will be a prop for life … but if it means I can play in the starting side I will.”

Cameron Smith turns 37 on Thursday but played like a man 10 years younger against the Knights, with a running game that underlined his status as the world’s best rake. His understudy said the club would no doubt celebrate their captain’s big day before their round six showdown with Penrith on Friday night at Campbelltown Stadium.

“I don’t think we could fit that many candles on a cake but I’m sure some of the boys will come up with something funny,” the Kiwis Test hooker said.

Smith said the former Australia and Queensland star’s longevity could be put down to his competitive drive and ability to adapt.

“He’s definitely being working to change his game to work towards the new rule changes and he’s doing a great job,” he said.

Storm prop Jesse Bromwich loved having the extra punch of young bull Smith in the run-on side.

“He’s not the smartest player but he brings 100 per cent and if he keeps doing that he can hold that starting spot,” Bromwich said.