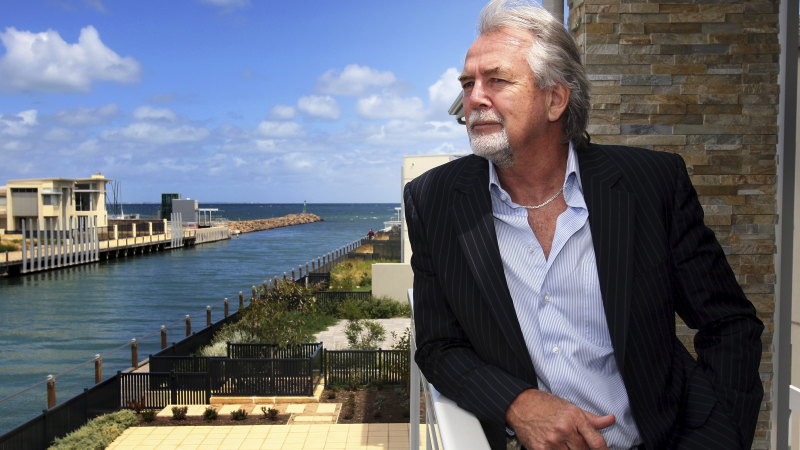 But while Mr Woodman’s role with the planned marina has contributed to its likely rejection by Bass Coast councillors, it was always going to struggle to win approval on planning and environmental grounds.

The scheme was well outside Inverloch’s urban boundary and required local and state government-approval for rezoning of farmland.

Bass Coast shire planners have recommended councillors reject the rezoning of 253 hectares of land because it is at odds with local, regional and state planning policies and “represents an inappropriate intrusion onto the fragile coastal environment”.

The likely rejection of the marina by councillors, who will vote on the matter on Wednesday morning, is a major blow to Mr Yeap, who had purchased farmland for the development.

Mering had argued the project would make an important contribution to the regional economy through the generation of up to 1000 full time jobs and a potential $9.2 million to the Victorian economy.

Neither Mr Yeap nor Mering have responded to calls from The Age.

A similar project on the same site was proposed by golf course and housing developer the Links Group, but was refused by then-planning minister Mary Delahunty in the mid-2000s.

Society spokesperson Dave Sutton said residents were hopeful the council would oppose the Mering scheme at its meeting on Wednesday.

He said Mahers Landing was used by migratory wading birds, and was subject to coastal erosion and sea level rise.

The Australian Conservation Foundation has also urged the council to reject the marina scheme, saying development and dredging would irreversibly damage the feeding and breeding habitat of many threatened species and healthy fish populations.

“Australia is in the midst of an extinction crisis,” said ACF spokesperson Jess Abrahams. “This is the very opposite of the kind of sensitive urban design we need if people and wildlife are to live sustainably side by side.”

After the revelations by The Age and IBAC, Mr Chua insisted the Little River idea was a “preliminary study”. It now appears to have been shelved.

Bass Coast council will decide the fate of the Mahers Landing proposal on Wednesday morning.

Royce Millar is an investigative journalist at The Age with a special interest in public policy and government decision-making.

Previous ‘Eddie who?’: Sharks ridicule Jones takeover talk and back John Morris
Next Amazon series on AFL stars to air in 2021