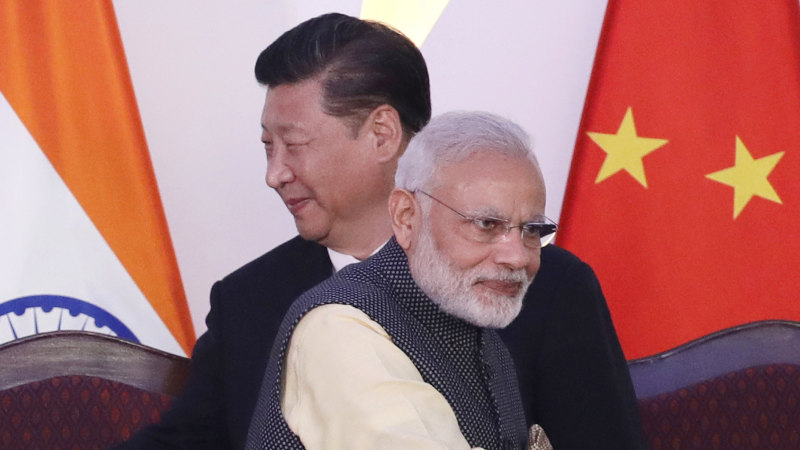 Talks to pull back hundreds of troops deployed in the remote region have been held over the last ten days but no breakthrough had emerged.

“During the de-escalation process underway in the Galwan Valley, a violent face-off took place yesterday night with casualties on both sides,” the Indian army said in a statement.

“The loss of lives on the Indian side includes an officer and two soldiers. Senior military officials of the two sides are currently meeting at the venue to defuse the situation.”

The officer who died was a colonel rank, the sources said.

A ministry spokesman in Bejing said there was a serious violation of the consensus reached by the two countries when Indian troops provoked and attacked Chinese personnel, leading to a serious physical conflict.

“What’s shocking is that on June 15, the Indian side severely violated our consensus and twice crossed the border line and provoked and attacked the Chinese forces, causing a violent physical confrontation between the two border forces,” Zhao Lijian told reporters in Beijing.

“China is raising strong opposition and stern representations to the Indian side on this,” he said. There was no information provided on any casualties

China’s military demanded that India “stop all infringement and provocative actions” and “return to the correct track of dialogue”. The remarks by Zhang Shuli, spokesman for the Chinese Western Theatre Command, were published by Chinese state media and the military’s official newspaper.

The editor-in-chief of China’s Global Times newspaper said the Chinese military had suffered losses, though it was unclear whether those were deaths or wounded.

“Based on what I know, the Chinese side also suffered casualties in the Galwan Valley physical clash,” Hu Xijin said in a tweet. He did not give further details. The Global Times is published by the People’s Daily, the official newspaper of China’s ruling Communist Party.

Altercations near the “line of actual control”, which has marked the unofficial border between China and India since they fought a war in 1962, are not uncommon. In the past few weeks both sides have moved troops in and out of the area, and there have been small clashes, including soldiers pelting each other with stones.

But the incident is the first such confrontation between the two Asian giants since 1975 in which soldiers have died.

Thousands of soldiers from the two countries, backed by armoured trucks and artillery, have been facing off just a few hundred meters apart for more than a month in the Ladakh region near Tibet. Army officers and diplomats have held a series of meetings to try to end the impasse, with no breakthrough.

Indian officials say Chinese soldiers crossed the boundary in Ladakh in early May at three different points, erecting tents and guard posts and ignoring verbal warnings to leave. That triggered shouting matches, stone-throwing and fistfights, much of it replayed on television news channels and social media.

China has sought to downplay the confrontation while saying the two sides were communicating through both their front-line military units and their respective embassies to resolve issues.