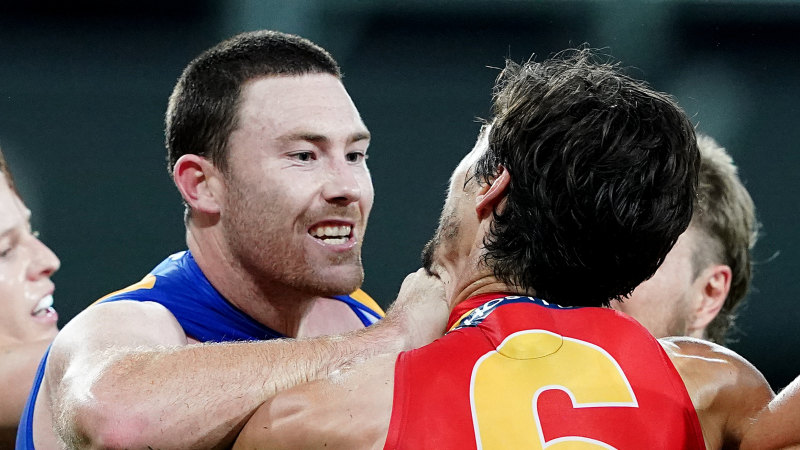 “My intention was never to go anywhere near his face,” McGovern told the jury.

“At the time I had no idea I’d even struck his face.”

McGovern added that he was trying to “grab him [Sexton] in the chest and jumper”.

Because of coronavirus restrictions, the entire hearing was held remotely via a web link. In a curious moment at the start of the hearing, tribunal chairman David Jones ordered an Amazon camera crew, which had been stationed with McGovern in a room at West Coast’s hub on the Gold Coast, to leave the room. Tribunal hearings are not ordinarily filmed and Jones didn’t want to make an exception.

A host of other players accepted financial sanctions stemming from the weekend’s matches, as did McGovern who was separately cited for an incident in which he shoved Sexton into the Metricon Stadium fence.