‘You can’t mine with teaspoons’: minister calls for speedy decisions

admin June 16, 2020 Federal Politics Comments Off on ‘You can’t mine with teaspoons’: minister calls for speedy decisions 41 Views 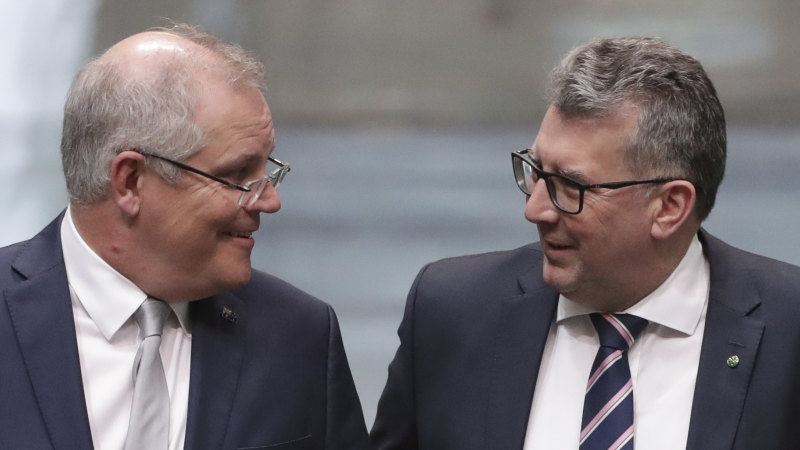 “All things in life are about balance. You can’t mine with teaspoons,” Mr Pitt said.

“These are big industrial projects. The right balance doesn’t necessarily mean you have to have three sets of legislation or three levels of government all doing the same thing.”

The comments are another sign Canberra will seek agreements with the states to manage decisions under the Environment Protection and Biodiversity Conservation Act so that rulings by one government are not duplicated by another.

Mr Pitt cited the New Hope Group proposal to expand the New Acland mine in Queensland’s Darling Downs region – proposed in 2007 but yet to be decided by the Queensland government – as an example of the cost of delay.

“How many layers of approval for the same thing do you really need?” Mr Pitt said.

“If they’re both assessing the same issues, why should you do it twice?

“Some of the complaints from industry, and they’re valid, are that there are occasions when federal and state approvals are diametrically opposed. So how do you meet those conditions?”

“If you think about what that means for a project proponent, you’ve got to sit on your loan facility or your finance, you’ve got to continually redo your budget costings because they change,” Mr Pitt said.

“And all of the dynamics of the market can change over a three-year period, so you go from a final investment decision that says ‘yes’ to changing your mind and you lose the project.”

Prime Minister Scott Morrison has pledged to streamline the decisions but Ms Ley is waiting for a review of the EPBC Act by former competition regulator Graeme Samuel, due next month.

Asked about Rio Tinto’s destruction of a major First Australians site at the Juukan Gorge in Western Australia, Mr Pitt said resources companies needed to be “honest and open” in their consultations with Indigenous communities.

Mr Pitt said he could not come to a “firm view” on whether Rio Tinto made a mistake without finding out more about what was being done.

“Once again, this is about striking the balance.”

Labor Indigenous spokeswoman Linda Burney and environment spokeswoman Terri Butler have criticised Rio Tinto for the destruction and set up an inquiry into how it occurred.

Ms Butler said the delays in environmental approvals under the Coalition were the result of the government’s own delays since it took power seven years ago.

“Late project decisions blew out to 40 per cent on their watch, up from 14 per cent when they came to office,” Ms Butler said.

“At the same time, since 2013, the Liberals and Nationals have cut environment department funding by almost 40 per cent.

“The driver of this government’s woeful job-delaying performance is Scott Morrison.”

Environment Minister Sussan Ley said Labor had commissioned a review of the EPBC Act when in power a decade ago and had received 71 recommendations but did not change the law.