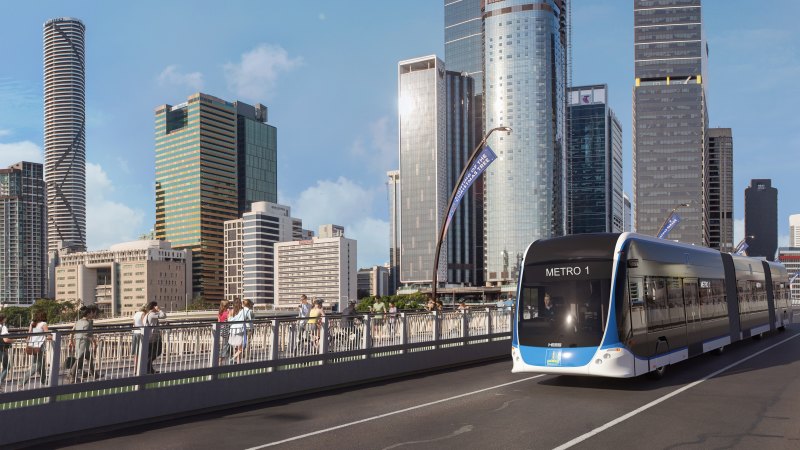 The Cultural Centre station is now on hold indefinitely as the council moves ahead with upgrading the existing street-level bus station to handle Metro buses as well as normal bus services.

“This is a great project and one that will create 2600 jobs,” Cr Schrinner said on Wednesday when handing down his budget.

“… These changes now allow us to get on with the project. We’ve reached an agreement with the state government to move forward and that is a fantastic thing because we can get on with creating those jobs.”

Cr Schrinner said he did not expect any further cost blowouts for the project in the years ahead.

The lord mayor said it was not possible to update the total amount for the changed metro budget until contractors were finalised and an agreement reached with the state government.

“We’ll keep talking to the state government about what happens to that potential [Cultural Centre] underground station, but the important thing is that we move forward with the project,” he said.

Cr Schrinner also cited a “sweetheart” deal between the state government and unions to increase wages for workers on the $3 billion Queens’ Wharf project, which he said had dramatically increased labour costs.

“That has had a flow-on effect now to a whole range of other projects, not just government projects but also private construction as well,” he said.

“Any site that is using union labour or union workforce all experience a cost increase.”

He said the labour component was expected to be more than 50 per cent higher than the original estimated costs in the 2017 metro business case.

Opposition leader Jared Cassidy said he did not accept that the blame for the metro’s cost blowout was partially on the shoulders of the state government and the unions, saying Cr Schrinner was ultimately responsible for the project.

“Metro was announced before the 2016 election, two elections ago, a lord mayor ago,” Cr Cassidy said.

“What it has morphed into is a very big, expensive project that delivers almost nothing in terms of a public transport capacity here in Brisbane.”