Breaking News
Home / National News / ‘Everybody is nicer’: Students given tools to intervene against racism in schools

‘Everybody is nicer’: Students given tools to intervene against racism in schools

admin June 17, 2020 National News Comments Off on ‘Everybody is nicer’: Students given tools to intervene against racism in schools 66 Views 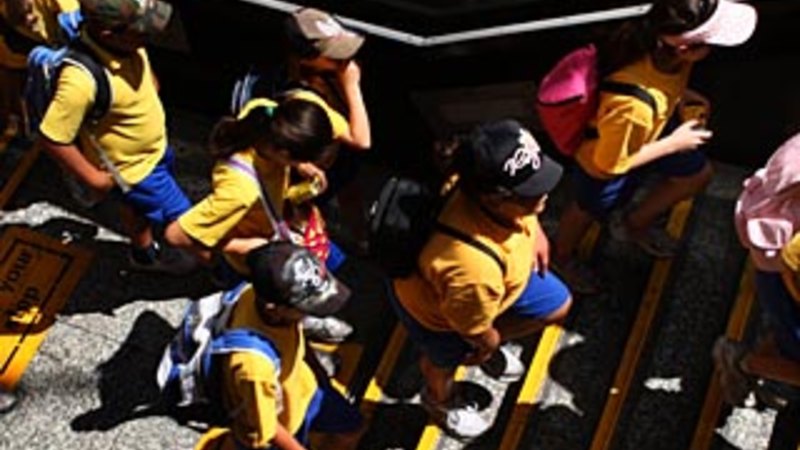 The trial of the program follows surveys showing that one-third of NSW and Victorian government school students have faced racial discrimination from their peers and one-sixth of students have witnessed racism.

Lead researcher Associate Professor Naomi Priest, from the Australian National University, said the next step was to make the program more widely available.

“We want our whole society to be one where people are equipped to address racism. The last few weeks have shown how important that is, now more than ever,” she said.

The program is a collaboration of five universities, the Australian Human Rights Commission and both the NSW and Victorian education departments, and involves a mix of teacher training, student workshops, school audit tools and community engagement.

Its focus is bystander action, which can involve reporting racist incidents, seeking help, comforting someone targeted by racist behaviour or interrupting a perpetrator.

One-third of NSW and Victorian government school students have experienced racial discrimination from their peers.

Speak Out Against Racism survey, 2019

It starts with two days of face-to-face training for year 5 and 6 teachers, combining presentations with open discussions about how teachers understand race and racism, and is followed by an eight-week classroom curriculum.

“Very early on it starts with children talking about feelings and emotions, and then concepts of fairness,” Professor Priest said. “They then learn what it means to pre-judge someone, and different roles students can take in [experiencing or] responding to racism.”

Students then design their own action plan to address racism in their school. In the final week they create a class charter about anti-racist action and a group of student influencers plans how to promote messages to the wider community.

“It’s very much student-led,” Professor Priest said. “It’s powerful for students to think they can influence how their school and community might respond to an issue and have that voice. They’re regaining that sense of control.”

One student in Victoria said the program “gave us more solutions, just small situations that we could … stop it. It just showed us ways we could deal with it in our lives.”

Another NSW student said “everybody is nicer to everyone”. “They’re treating them equally… Before the [program] people are just pushing each other and fighting but then after they just learned that everyone has their own rights.”

Schools are also given an audit tool to evaluate their own practices and areas for reform. These could include a policy for handling racism complaints, having diverse books in a library and involving local community elders in the school.

Get our Morning & Evening Edition Newsletters