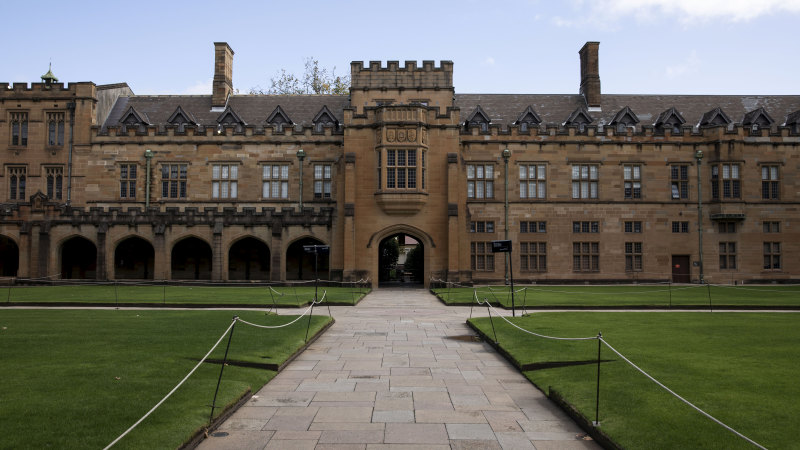 The university is determined to keep most classrooms closed for the rest of the year even though the privately run gym on the UTS campus reopened this week, welcoming 100 sweaty students at a time.
Apart from a handful of face-to-face classes in subjects where online teaching is too difficult, UTS has told its 43,000 students “online learning will remain for all other learning activities … until social distancing allows otherwise”.

Given that NSW Premier Gladys Berejiklian has said social distancing will remain in place until we have a COVID-19 vaccine, the future for UTS students and most others across Australia looks lonely indeed. Unable to meet, mingle and work face-to-face with their peers, they are being denied the social, educational and intellectual benefits of a full university education to which the campus experience is critical.

The retrograde impact of locking students off campus for the rest of the year has been recognised by several universities. Among them are the University of Adelaide and the University of Newcastle. Both have announced clear plans for a majority of students to return to campus from the second semester.

At Newcastle, that means more than half the classes for its 38,000 students will be taught on campus from August 3, when the second semester begins, including tutorials and lectures with less than 100 students in the hall. Deputy Vice-Chancellor Professor Mark Hoffman said it had taken “considerable work” to redo timetables and rearrange facilities to meet social-distancing requirements, but the university had decided it was worth the effort given the educational and other benefits for students.

In making its decision, he said, the university noted nearly all schools were already back. Resuming face-to-face teaching could be done within existing COVID-19 guidelines and no special federal or state government approvals were needed, Professor Hoffman said.

Good luck getting a sensible answer to that. Sydney University has delayed the start of its second semester until August 24. Asked when it planned to be teaching more than half their classes face-to-face, it hid behind a wall of waffle: “We’ll carefully monitor and assess the impact of each incremental change before we introduce further changes, while following the latest health advice – the safety and wellbeing of our community is paramount,” their spokesperson said. It refused to give any planned dates when most of its classes would return to campus.

It’s the same at UNSW. There will be no face-to-face teaching until mid-September and, even then, “exact details of how we phase the resumption of campus activities and learning are still being worked through,” its spokesperson said.–

These non-committal responses are an insult to their thousands of fee-paying students stuck at home.

The universities have lobbied long and loud about the huge financial pressure they are under from the collapse in foreign student numbers and the federal government’s refusal to grant them access to JobKeeper. But they have focused the entire public debate on their loss of income and run dead on the bigger issue – how the overwhelming majority of their students are being denied the education they are paying for.

Yes, universities face significant expenses bringing students back to campus: preparing and cleaning facilities, organising socially distant, face-to-face classes and duplicating classes online for foreign students stuck overseas. But that’s no reason to dud local students, most of whom are among the least vulnerable to COVID-19.

Worse still, there has been little real pressure from the government and even less from the Opposition to get most students back to campus by next semester.

On this critical educational issue, the silence from most vice-chancellors and their senior staff has been deafening.

Matthew Moore if a former Herald journalist and a parent of university students.