Take it from one who’s been burnt attempting tax reform: now’s the time to try again

admin June 17, 2020 National News Comments Off on Take it from one who’s been burnt attempting tax reform: now’s the time to try again 52 Views 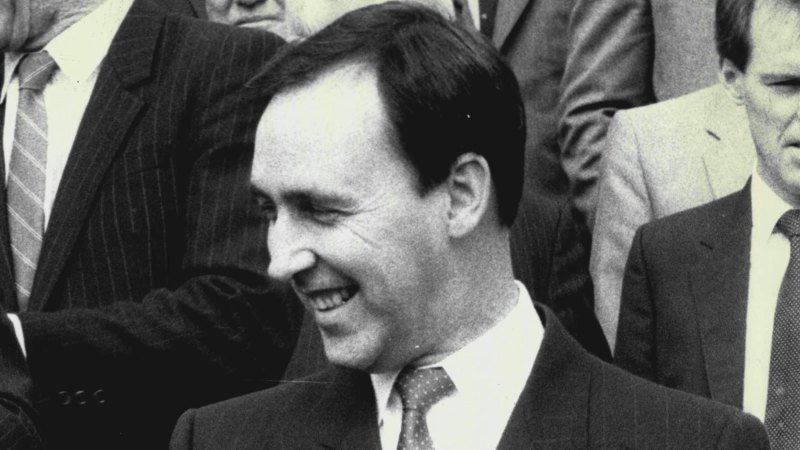 Genuine tax reform requires leadership that is prepared to consistently prosecute the case, and encourage mature debate about the options, gradually specifying and implementing pathways to achieve that reform.

This will never be easy. Although the various options have been well analysed in many reviews and reports since the Asprey report in 1975 – that is, we basically know what needs to be done – the prevailing economic and social circumstances must be right. The very strong vested interests must be addressed and managed. Federal and state governments need to collaborate and, given their overlapping responsibilities, arrive at a deal on their respective expenditures and tax bases.

What better time than now? The challenge, read opportunity, is to develop an effective COVID recovery and reset a longer-term economic strategy – and to overhaul a tax and transfer system that is too complex, inefficient, unfair. The way it is, it will not support stronger growth, job creation, improved productivity or higher wages.

Now that the national cabinet is permanent, this framework can be developed to move beyond scare campaigns and the blame game to embrace genuine reform. The response to COVID from households, businesses and governments has been much faster and more substantive than could have been dreamt possible a few months ago. It has been driven more by national than vested interests. Governments have put ideology aside.

If the national cabinet can’t manage it, our governments should agree to establish an independent, well-funded commission, subject only to the oversight of their parliaments, to analyse, educate and drive tax and transfer reform over the next several decades.

Unfortunately, the Morrison government seems incapable of recognising the opportunity. Can the states, emboldened, step up? Certainly, the likes of NSW and Victoria have begun saying (and in some cases doing) the right things about federation reform and tax – and one Coalition, one Labor to boot.

But we’ve been here before. In 2015-16, then NSW Liberal premier Mike Baird, backed by a Labor premier in South Australia, Jay Weatherill, called for an increase in the GST. The Turnbull federal government quickly squashed their initiative.

The need for reform is now even greater. While the GST always emerges as the defining pressure point, it doesn’t need to be. John Howard was given credit for political cleverness in committing the GST revenue to the states as the basis of a “growth tax”, but he ensured an annual brawl over its distribution, which has become all the more difficult because the revenue didn’t grow as expected.

There is no doubt that increasing the rate to about 15 per cent, and extending its coverage as broadly as possible, could produce $90 billion to100 billion a year (when the economy recovers), with about a third required to compensate the bottom 40 per cent of income earners. This is a lot of financial capacity to start to reform the rest of the tax and transfer system.

However, perhaps it would be better to be more innovative by ditching the GST and replacing it with a business cash-flow tax, in the style proposed by former Treasury secretary Ken Henry. This would also allow a move away from profit-based corporate tax – and to begin to tax the multinationals. And it would provide revenue to abolish inefficient state taxes such as payroll and insurance levies.

The states’ revenue has also been volatile because of their reliance on stamp duties ad resource royalties. Increasingly, they see the need to replace stamp duties with a land tax. A uniform national resource rent tax would help.

Both levels of government could work to replace vehicle taxes, such as petrol excise, the luxury car tax and registration charges with road user or congestion charges. This will need rethinking, in any case, with the advent of electric vehicles.

The states are well ahead in committing to a low-carbon Australia by mid-century. It is time they worked together to embrace a national emissions trading scheme to accelerate and underwrite the transition.

It’s time to put the failure of the past four decades in attempting tax reform behind us. Perhaps there will never be a better opportunity.

John Hewson is a professor at the Crawford School of Public Policy in The Australian National University and former Liberal Opposition Leader.