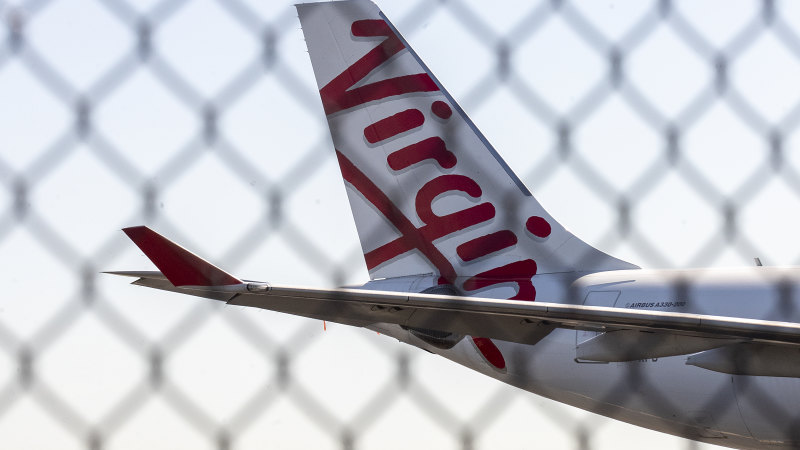 “They’ve got the airline experience and they really understand the Virgin culture and the brand value.”

Australian Licensed Aircraft Engineers’ Association federal secretary Steve Purvinas, whose union represents 350 of Virgin’s 450 engineers, also threw his support behind Cyrus. “They have an intimate knowledge of the Virgin brand and what makes it successful,” he said.

Mr Purvinas said both bidders would make Virgin a smaller airline, causing pain for workers, but the difference between them would be “the depth of that pain”.

The unions representing Virgin’s 9000 employees have previously expressed concerns about Bain’s tilt for the airline given its history of slashing jobs and feared it could be a short-term investor.

Ms O’Toole said Cyrus, on the other hand, did not appear to be interested in a “short-term rip and pillage” and had a compelling vision for how to make Virgin a competitive second airline.

Virgin’s workers will form a decisive voting block in mid-August when the airline’s administrators Deloitte present a rescue deal to creditors, which are collectively owed $6.8 billion.

Transport Workers Union federal secretary Michael Kaine said he needed to see details of the two bids before backing either, and that the two parties had shown “competing strengths”.

“That means the bids are finely balanced. We’ll keep encouraging bidders to put forward their best bid on Monday,” he said.

Other union sources, who declined to be named while discussions with bidders were continuing, agreed that Cyrus’ major appeal was its extensive airline experience and long connection with the Virgin group and brand, while appearing to be more responsive to workers’ interests.

However, one union official said Bain had significantly deeper pockets, which may be required to ride out future shocks that could hit the notoriously volatile aviation sector. The Boston-headquartered Bain has $US105 billion ($152 billion) of assets under management compared with Cyrus’ $US4 billion ($5.8 billion).

The two bidders have similar plans to make Virgin a simpler and more profitable airline, positioned somewhere in the market between Qantas and Jetstar. Cyrus has indicated it would be the more upmarket of the two, with a business class product and eventually flying internationally. Cyrus has also backed Virgin’s existing management, led by chief executive Paul Scurrah.

Cyrus invested alongside the Virgin Group to launch the airline Virgin America in 2005, and remained an investor in the carrier until Alaska Airlines bought it in 2016. The two groups also bought the British regional airline Flybe last year, but it has since gone into administration.

Cyrus senior adviser Jonathan Peachey told this masthead this week that Virgin had become “too complex” and “too corporate” and could be profitable within three years after being re-launched as a smaller, simpler, mid-market airline.