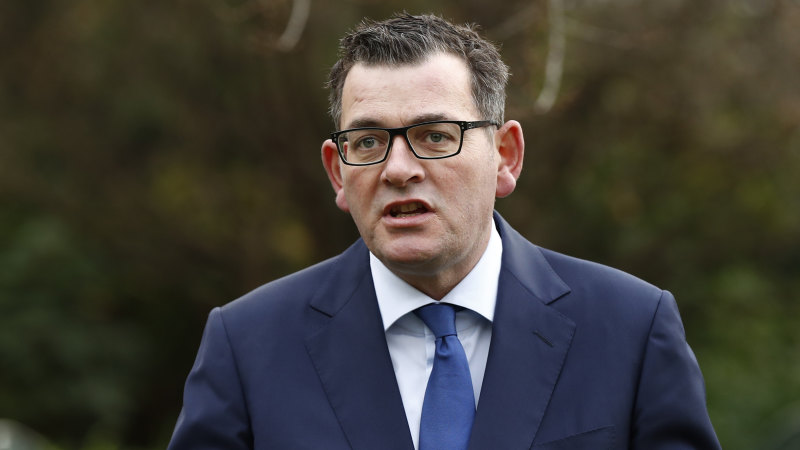 But the CFMMEU, which unsuccesfully took on the party’s national leadership in court last year after it moved to expel the union’s controversial Victorian boss John Setka, confirmed on Thursday that it was seeking legal advice on the takeover, with other unions also canvassing their legal options.

The Premier has made it clear that unions, who pay Victorian Labor hundreds of thousands of dollars each year in affiliation fees, had no place in the immediate plans to clean up the party that include a three-year freeze voting rights, an audit of memberships and federal control of preselections.

But plumbers’ union state secretary Earl Setches told The Age on Thursday that he and his colleagues, while wholly supportive of clean-up of Victorian Labor, would not accept party figures from NSW and other states choosing the candidates to contest elections for the Victorian ALP.

Mr Setches said he had the backing of other unions in his position that the labour movement was not implicated in the branch-stacking scandal and that unions did not deserve to have their voting rights suspended.

“But Daniel Andrews should control what happens.

“The national executive are not going to be telling Victorians who to preselect.”

The CFMMEU said it had made no decisions on how it would react to the move by the national executive but it was looking at its legal options.

“The union is seeking legal advice before making any decision,” a spokesman said on Thursday.

Mr Andrews said he wanted the administrators appointed by the party, former Victorian premier Steve Bracks and former federal minister Jenny Macklin, to begin their work before he began speculating on when the party’s democratic processes might be restored.

“I have a number of requirements … particularly in relation to genuine members who are consenting and are self-funded, that’s not my priority at the moment,” the Premier said.

“Let’s get ourselves into a position where we can be confident in the integrity of those processes before we start speculating on when votes might start happening again.”

As the fallout from the scandal continued to unfold on Thursday, Mr Somyurek continued his attack on federal Labor MP Anthony Byrne, with the fallen powerbroker saying he was “really worried about the mental health” of Mr Byrne, his former mentor.

Mr Somyurek was caught on covert video surveillance, captured in the electorate office of Mr Byrne, describing his industrial-scale branch stacking operation and encouraging a businessman to forge signatures on party membership forms.

Politically damaging text messages between the two men were leaked on Wednesday night, hours after Mr Byrne pledged to co-operate with anti-corruption investigators probing the scandal.

“Anthony Byrne is a long and dear friend of mine, I’m not sure what went wrong,” Mr Somyurek told Nine News on Thursday afternoon.

“I’m really worried about his mental health. Anthony Byrne is someone I really respect. Everything about branch work I know is everything Anthony Byrne taught me.

“I have a lot of respect for the man but I do think something is seriously wrong.”

In a statement on Wednesday night about the release of the text messages, Mr Byrne said Mr Somyurek had selectively released a handpicked selection of text messages to him sent over two years. “That speaks for itself,” the federal MP said.

When asked if he wanted to respond to Mr Somyurek’s comments on Thursday, Mr Byrne said: “No response.”