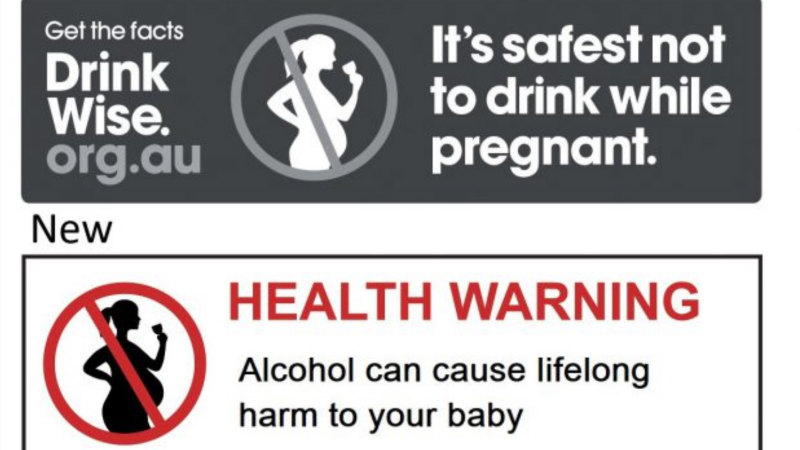 Documents tabled in the Senate reveal Senator Colbeck spent half an hour with representatives from multinational beer and spirits manufacturer Diageo and Lion Pty Ltd, the Japanese-owned company behind dozens of Australia’s best known beers and ciders, on February 27.

Also present at the February 27 meeting were the Brewers Association of Australia, Australian Grape and Wine Incorporated and the peak industry body Alcohol Beverages Australia. Senator Colbeck met with ABA chief executive Andrew Wilsmore at a further meeting on March 3.

Centre Alliance senator Rex Patrick asked the minister in Parliament on Thursday why the government had questioned the FSANZ label despite its own department concluding the industry’s cost argument was wrong.

Senator Colbeck said food ministers had “listened closely to all perspectives” before asking FSANZ to “do some additional work” and remained “firm in our view there should be compulsory labels”.

“In the weeks leading up to the March meeting, I met with organisations who requested meetings, and in fact, limited the number of meetings requested from alcohol sector to a round table rather than all the individual discussions they had requested,” he later said in an emailed statement.

Foundation for Alcohol Research and Education (FARE) chief executive Caterina Giorgi said the minister had allowed powerful vested interests to undermine the “independent” and “robust” process of the food safety regulator, which had already consulted extensively on the label.

She called on the minister to listen to FSANZ and departmental advice “that the best thing for the health of women, children and the broader community is clear, visible and honest labelling”.

A briefing paper prepared by the Agriculture Department, also tabled in the Senate, rejected the alcohol lobby’s argument that the proposed label would be too costly, saying: “There is a lack of evidence to support the concerns raised by … alcohol industries.”

FSANZ has advised that a small reduction in the incidence of fetal alcohol spectrum disorder would justify the cost of changing the labels, with research indicating about 5 per cent of children born in Australia each year have the condition, costing the health system and economy $1.18 billion.

A Health Department briefing also tabled this week said the alcohol industry had bombarded FSANZ with objections to the proposed warning label, with 83 submissions outlining concerns.

It said the industry believed mandatory labelling was unnecessary as the current voluntary system was “working well” and objected to the use of red lettering because requiring manufacturers to use red ink would be too costly. The industry also opposed the use of the words “health warning” because it “may imply broader health impacts”, the briefing said.

The forum will next consider the proposed label next month.