Remembering George Floyd in grief, outrage and a fierce desire to do better

admin 2 weeks ago National News Comments Off on Remembering George Floyd in grief, outrage and a fierce desire to do better 16 Views 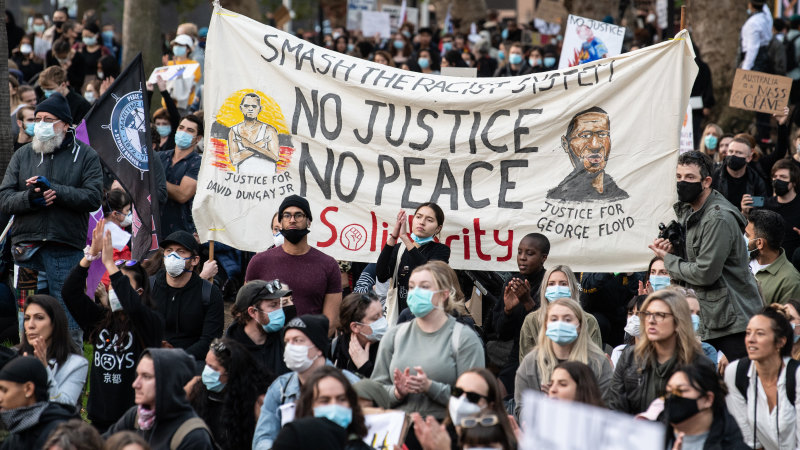 What is clear is the need – and our commitment – to continue the work of guaranteeing equal justice under law. Addressing the scourge of racism in America requires hard work at the federal, state and local levels. Our nearly 18,000 local police departments are reflecting on how to address deep-seated biases. Our school systems too often yield poor outcomes to students of colour and low-income students. Some of our cities and localities enjoy innovative economies; others have been hollowed out, bereft of economic opportunity.

In response to these issues, many Americans from all backgrounds from cities, towns and neighbourhoods across the US have sought to take a stand against racism and injustice through protest. Drawing from fundamental freedoms of expression and assembly, most have engaged in peaceful protests, which have resonated around the world. Some have resorted to violence, which citizens who value free and open societies should not condone, even as we recognise the pain that gives it birth. Social change does not come easily, but we take to heart Dr Martin Luther King’s strongly held belief that the arc of the moral universe bends towards justice.

I remain optimistic. Ours, like all nations, is fallible. But I believe in the self-correcting democratic process at work in our American Republic, as we strive for a more perfect union. This is something we share with Australia. As democracies, our societies don’t shy away from tough problems; we shine a spotlight on them. As a first step, I have been convening sessions with my embassy team to discuss the events of the past several weeks and what we can do to foster inclusion and equality, conversations that have been occurring throughout my country and I suspect in yours.

This week, the Australian Parliament passed a motion commemorating the 80th anniversary of the establishment of diplomatic relations with the United States. For me, as the 26th American to serve as US. ambassador to Australia, this is a proud and humbling marker.

I have been deeply touched by the outpouring of concern among Australians from all walks of life. These are conversations among friends. We rightly hold each other to high standards because we want the best for each other.

Democracy requires continual struggle to live up to its promise, as do alliances that, like ours, are rooted in principle and not in calculation. This is what makes our relationship so special. On this 80th Anniversary of our bilateral diplomacy, the US stands shoulder to shoulder with Australia, proud of what we have accomplished together and equally confident that the best days of our alliance are yet to be.

Arthur B. Culvahouse jnr is the US ambassador to Australia.