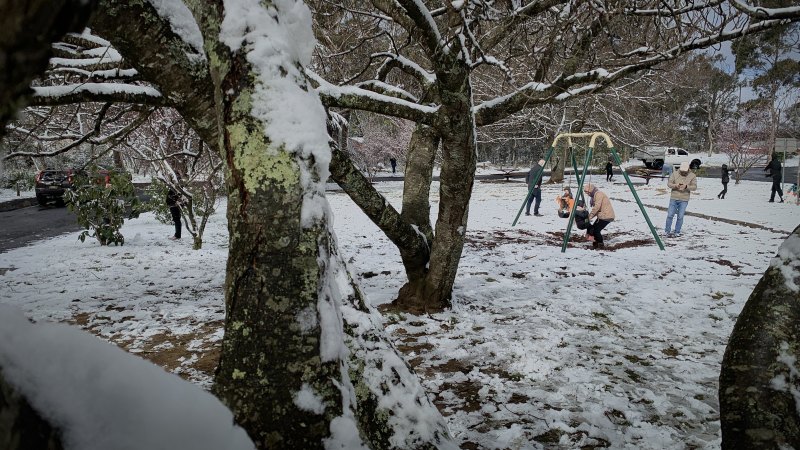 “There is the possibility of snow flurries reaching as far north as the peaks of the southern downs; so in Girraween essentially.”

“Stanthorpe itself is just too low.”

Mr Markworth said the coldest period in the next week was Tuesday morning “at this stage”.

“But it is going to be pretty cloudy through that region all day so it does look like temperatures will remain very cold anyway.”

“Stanthorpe does have a forecast minimum of about one degree, and as I said temperatures drop with altitude.”

Stanthorpe has an altitude of 811 metres making it higher than Toowoomba (691 metres) and Warwick (477 metres) and about the same as Tenterfield (870 metres) in New South Wales.

Mr Markworth said anyone looking for the possibility of snow would probably need to go south of the border.

“Into New South Wales there is a much higher chance, but we can’t rule it out completely.”

While minus one degree is predicted next Tuesday for the Bunya Mountains near Dalby, there is not enough moisture to produce rain, which freezes to become snow, Mr Markworth said.

The Bunya Mountains range from 970 metres to 1100 metres.

“It is north of Dalby. Yes, it will be quite cold, but I suspect it won’t snow because the system that is producing the colder weather is focused more around New South Wales,” he said.

“So it is going to be quite cold, but it is more to do with the dry air. So we are not going to see the precipitation that we need to produce rain and the ice that produces the snow flakes.

“It will be more frosty than anything.”