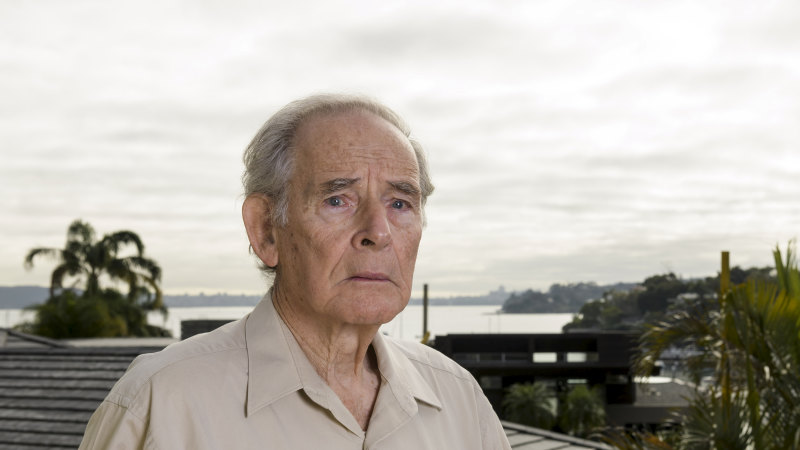 “Our trust in DA processing is shattered and we wonder how many other times this has happened and neighbours have had no idea,” wrote Andrew Coroneo in a letter to councillors in February.

Former Harley Davidson general manager Peter Nochar rolled in in 2008 and lodged a DA to add a loft to his property on Loch Maree place.

He won approval in 2014, a month before he sold the house for $5.6 million to Lamborghini driving current owners Barni and Patrizia Askaro who own an electricity substation business. The DA was not acted on until the end of last year.

It was then that the Coroneo’s – who appear set to lose their harbour views as a result of the development – were astonished to discover it relied on false information.

A survey had put the block size at 953 square metres, when the actual size is 739 square metres according to the NSW Registrar General.

The surveyor whose name appeared next to the incorrect figure, Michael Burg, did not comment directly. However he referred the Herald to emails he’d sent in 2014 containing a survey with the correct land size on it.

The floor space ratio is the percentage of the land a building will occupy, and is controlled by councils to prevent overdevelopment.

While in some cases FSR limits can be exceeded, the NSW Department of Planning warns that “councils will not do this lightly”.

At the time of the DA in 2014, Woollahra Council allowed a building to occupy a maximum 55 per cent of a block.

Its assessment report showed the completed house would occupy 65 percent of the block, but found that acceptable.

If the real land size had been used, the non-compliance would have been much larger at 83 per cent.

The Coroneos questioned the point of development controls that weren’t enforced and argued it was only fair an approval based on a “grossly inflated” land size be torn up.

But Woollahra council declined to act.

“The merits of the application are not altered by the change in site area,” a planning officer wrote to them. “Council relied on the documentation submitted in good faith.”

The Coroneos also thought the development consent lapsed last year because work was not commenced within the five-year limit.

Council told them the time limit no longer applies because a private certifier issued a construction certificate two months before the lapse date.

Whether the previous DA had been enacted was “a matter for the private certifier,” a council spokesperson said.

The certifier was Mark McDonald of Dix Gardner, a firm which has had two certifiers banned after being reprimanded 30 times between them.

A Dix Gardner spokesperson said whether the consent had lapsed “is a matter for legal interpretation”.

But the spokesperson defended the fact the construction certificate for the demolition works contained the two different land sizes.

He said it was not Mr McDonald’s responsibility to check the accuracy of information in the development consent, as the duty of council and the applicant.

The Askaros have now lodged a fresh DA for a three-storey residence. It relies on the existing development approval to justify exceeding the council’s floor space ratios, to the anger of the Coroneos who said it was “hard to swallow”.

The proposal has attracted 28 objections.

A council spokesperson said its assessment would include verification of the land area.

Previous A new account was opened. It tried to win $68k on single Dally M bet
Next ‘In a cafe somewhere’, the truth between two convicted white-collar criminals will be found