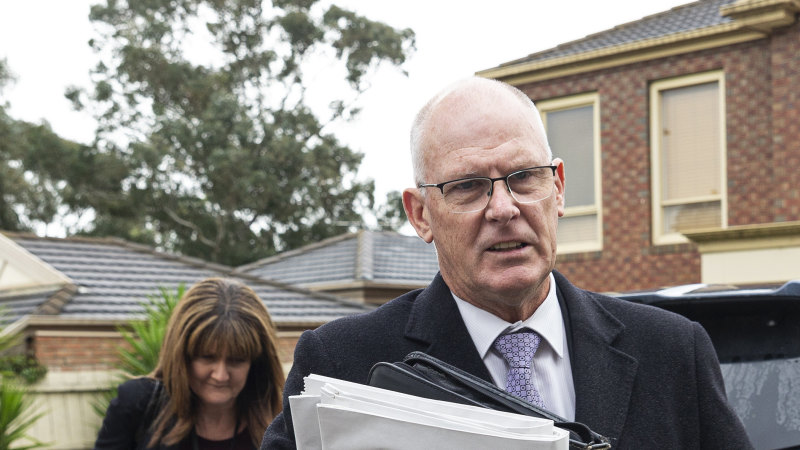 But in this particular instance, IBAC has a historic opportunity to do something unusual if not formidable in political life. If it does its work well, it may just be able to move the dial on a toxic culture that has left members of the public, shocked, alienated and apathetic about the state of leadership that they are seeing.

I hope IBAC, amongst its other duties, does three things.

First, it needs to conduct public hearings if it really wants to change attitudes and use this particular crisis as a platform for lasting reform.

This is where the state government’s 2019 amendments could be problematic. Let’s hope that the effect of last year’s changes to IBAC’s ability to conduct public hearings does not end up shielding anyone whose potential impropriety should be exposed to scrutiny and fitting censure.

Public hearings that formed part of Operation Sandon into the City of Casey should not stand in isolation given what we’re learning about internal branch stacking inside the Victorian ALP. It would be quite a double standard were elected officials at a local government level held up to more searching scrutiny than elected officials in state and federal parliaments along with their staff. If anything, the case for public hearings is stronger.

I’ve never been an advocate for the unlimited use of public hearings. But in this instance, we are learning not just about allegations of branch stacking, which is morally repugnant enough. The more serious issue and grave threat to our democracy lies in allegations that branch stacking activities were allegedly connected with grants programs and other budget allocations.

If the canker of branch stacking has spread so far as to have contaminated the allocation of taxpayer money, as well as the appointment of individuals to public service roles, this is the more menacing threat to our very system of government.

This is what could drive IBAC to adopt a second important step. Although IBAC announced on Friday that it will work with the Ombudsman who has been empowered to investigate the controversy by Victoria’s Upper House, given serious allegations of misallocation of public monies under grants programs, IBAC should look to engage the expertise of the Victorian Auditor General’s Office to, in effect, follow the money.

IBAC has the capacity to do this too, but the genius of the original IBAC regime is that it was given power to refer operations or parts of operations to other integrity agencies. This was to enable IBAC to employ the state’s best watchdog capabilities when searching for the truth.

Under its Act, IBAC can easily, and should, engage VAGO to trace any possible connection between stacking activities that have undoubtedly taken place on an industrial scale, and the allocation of taxpayer dollars under grants and other programs.

The third and perhaps broadest object of IBAC’s work during Operation Fortescue should be focused on the types of recommendations it needs to make to improve governance and standards. This is in addition to sanctions it might pursue by way of charges or other outcomes.

People on the wrong side of the law should have to answer for their conduct. But Operation Fortescue needs to go beyond just prosecutions. It needs to produce lasting change for the better.

Be under no illusion. Change in this space is very difficult to achieve.

Let’s remember, the issue around the red shirts, that involved no less than five separate investigations including two police investigations and an ombudsman’s investigation, plainly did little to improve the culture inside the party that has governed our state for so long now.

Reform has to overcome all the inherent sources of resistance that self interest and a temptation to acquire power for its own sake and nothing more, can mount. But reform is possible if IBAC undertakes detailed work that safeguards the public interest itself from branch stacking and the insidious impact it has had, in this case, on the ALP and the government itself. That said, change should be systemic and benefit everyone.

Victorians, indeed people around the world, are crying out for higher standards from their public officials. They want to see people of principle and purpose lead them, particularly during harrowing periods like the current COVID-19 pandemic, which has threatened our collective and individual health, and smashed the livelihood of millions around the country.

Could the deplorable, unseemly and repugnant display of self-interest, vice and delusion have come at a worse time for Victorians?

So how do you effect change when so much militates against it? The searing heat of open scrutiny that public hearings and a robust auditing process can deliver, promises the better standards Victorians deserve.

And for those public officials for whom the virtue of dedicated public service and nobility of purpose are lost to rampant ambition, let the fear of accountability do its work. Don’t miss a golden opportunity here, IBAC.

John Pesutto was Victoria’s Shadow Attorney General from 2014 to 2018.

Previous ‘Clarity of purpose’: how child abuse investigators cope with their job
Next Watchdogs join forces to investigate ‘stackathon’