Breaking News
Home / AFL / It won’t be pretty, but Hogan poised to return

It won’t be pretty, but Hogan poised to return

admin 2 weeks ago AFL Comments Off on It won’t be pretty, but Hogan poised to return 14 Views 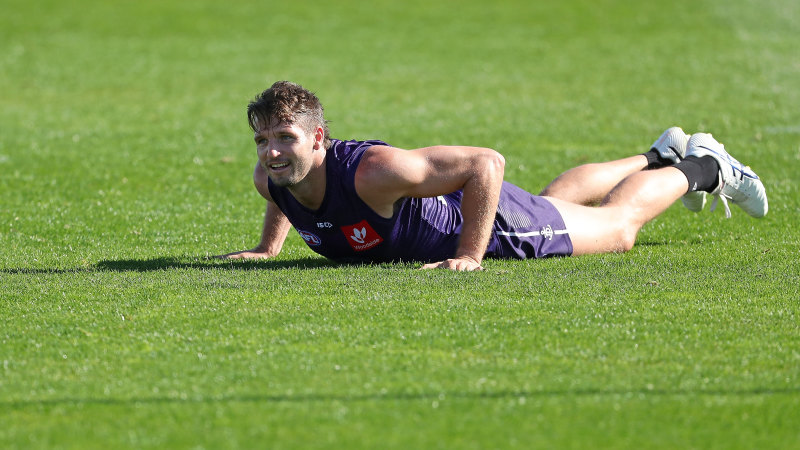 Hogan will team up with Matt Taberner in what the Dockers hope will become a potent attacking force.

Fremantle coach Justin Longmuir is excited to see what Hogan will produce.

But Longmuir will be shining just as much of the spotlight onto the back six following their wobbly display in last week’s 12-point loss to Brisbane.

Lions goalsneak Charlie Cameron had four goals to his name by the seven-minute mark of the second quarter, and Longmuir was not happy with how his defenders fared.

‘‘As a back six we need to defend better,’’ he said. ‘‘Charlie got a hold of us on the weekend, but I thought as a back six we didn’t work together well enough. We want to make sure that as a back line we defend as one. We’re not six individuals back there defending. I expect a much-improved performance from our backs.’’

Stephen Hill has been withdrawn due to a corked calf, with Nathan Wilson replacing him.

Port thrashed Adelaide by 75 points last week, and have been further boosted by the return of Ollie Wines.

Youngster Connor Rozee has already put his hand up to perform the shutdown role on Fremantle’s two-time Brownlow medallist Nat Fyfe – much to the surprise of Power coach Ken Hinkley.

‘‘He must have been delusional,’’ Hinkley said. ‘‘I’m sure he didn’t mean that. No one would want to go head to head with Nat Fyfe, he’s a very good player.

‘‘All our midfielders will go against all their midfielders, it’s as simple as that. It’s not player v player, it’s midfield v midfield, it’s team v team.’’
AAP

Previous AFL to investigate whether McKenna breached COVID-19 protocols
Next ‘The clash it should have been’: Roosters storm home to beat Eels in game of year