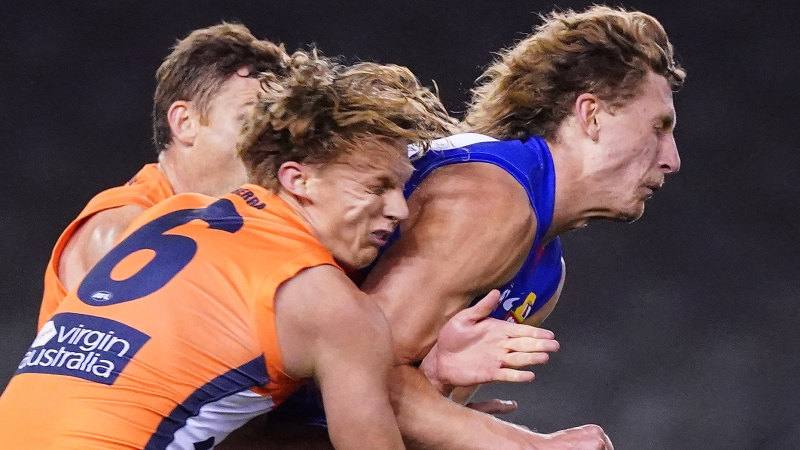 Western Bulldogs forward Aaron Naughton was cleared of rough conduct after Giants star Lachie Whitfield was left concussed when his head made contact with Naughton’s shoulder during Friday night’s spiteful clash between the two arch-rivals.

The match review officer deemed that Naughton was “contesting the ball and his actions were not unreasonable in the circumstances” as he attacked a loose footy and collected Whitfield, who was running in the other direction. Naughton did not deviate from his line and continued to chase the ball however the contact left Whitfield unable to play after quarter-time.

However the match review officer handed out $7750 worth of fines as a result of the melee that occurred at the end of the third quarter when both teams came together as Western Bulldogs midfielder Tom Liberatore was awarded a free kick seconds before the siren.

Bontempelli, who had received a hard tag throughout the night, took on his Giants opponent and players arrived from everywhere in an old-fashioned melee.