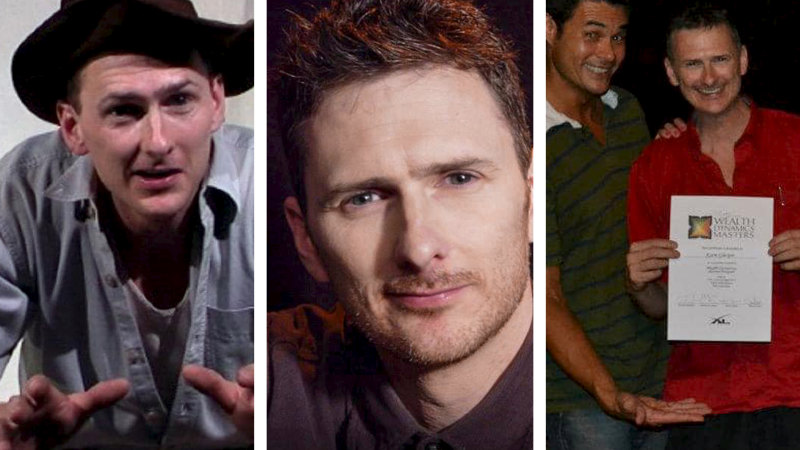 Unlike other high-profile cases, government sources confirmed there has been little pressure applied by his family to secure his release since he was arrested in 2013. The Gilespie family asked for privacy when contacted this week.

The Guangzhou Intermediate People’s Court said on Friday that in future, inquiries about Gilespie’s case would be responded to by China’s Ministry of Foreign Affairs. The escalation is the first time requests for updates on an Australian case have not been faxed directly through to the court.

The timing is likely to raise concerns for the dozens of other Australians detained in China.

Gilespie’s lawyer Zou Jianhong, who has also represented jailed Australian drug-smuggling jockey Anthony Bannister, said Gilespie displayed no emotion after the death sentence was read out on June 10. He pleaded innocent during a two-day trial split over 2014 and 2015. “He will appeal,” Zou said.

Half-a-dozen of Gilespie’s friends, who had not heard he had been arrested and charged, said they were shocked to learn of his fate this week, describing him as “loveable”, “honest to a fault” and a “model of country boy sobriety”. They claimed the last they heard was Gilespie had travelled to Thailand with a new partner after separating from the mother of his two children, now aged in their teens. The circumstances of how the teetotal son of a Victorian sheep shearer ended up in China remain largely a mystery.

The case has triggered division between Gilespie’s family and his public supporters, who started a Facebook campaign and a petition this week to push for his sentence to be reduced. Gilespie’s family issued a statement urging them to refrain from speculating on his current circumstances, which they did not believe assists his case.

The differing approaches are not unusual in high-stakes international cases involving the death penalty. Diplomats, wary of provoking the host government further, have historically counselled quiet behind-the-scenes diplomacy. That was made more difficult last week when the Chinese court published Gilespie’s name and nationality, provoking a public outcry before diplomatic back channels could be used.

Families and friends of the condemned are driven more by emotion to establish campaigns, which can complicate the matter for legal teams by questioning the judicial system in which they are operating.

“It is heartbreaking to think that for the last six-and-a-half years Karm has been in prison without any of us knowing or having any way to support him,” Gilespie’s former teacher Roger Hamilton, a futurist who met the former actor on an entrepreneurs’ course in Bali in 2013, said on his Facebook campaign page.

“The least we can do is to publicise his case and hope for the Chinese government’s compassion and the Australian government’s diplomatic actions.”

Author and Guardian journalist Brigid Delaney, who co-founded the Mercy Campaign for Australian drug smugglers Myuran Sukumaran and Andrew Chan after they were sentenced to death in Indonesia, said a similar push would be particularly challenging in China.

The Mercy Campaign hinged on drawing high-profile support and establishing empathy between the public and Chan and Sukumaran through interviews with the prisoners themselves, charting their journey from convicted smugglers to becoming a religious leader and an artist respectively.

“By the time they were executed I felt like Australians thought they had a real connection to their stories and that added weight to the opposition to kill them,” said Delaney. “If you feel like you know someone, you’ll fight for them.”

The campaign ultimately failed but Delaney maintains it “solidified Australia’s repugnance of the death penalty”.

China, where more than 1000 people are executed a year according to Amnesty International, is regarded as the “black hole” of death sentences. Little to no public communication is allowed and Australia’s own diplomats face challenges accessing prisoners. Australian consular officials had a video call with Gilespie this week.

“In China it’s difficult if not impossible to build the relationship between the public and the person on death row,” said Delaney, a former lawyer who now believes the government will have to become more assertive to help Gilespie.

“If the Australian government is really serious about human rights they should be able to use a stick to show some moral leadership in the region and have some firepower on the issue.”

The Australian government largely takes the opposite view, believing Gilespie’s best chance lies in keeping the case under the radar until relations between Australia and China start to recover.

Years of tension over foreign interference, military expansion in the South China Sea and trade disputes culminated in Australia’s push for a global inquiry into the origins of COVID-19 in April. Two trade strikes on $1 billion worth of beef and barley would follow, along with travel warnings urging tourists and students not to travel to Australia over racist attacks on Chinese migrants.

Despite multiple approaches by Canberra, Foreign Minister Marise Payne and Trade Minister Simon Birmingham have not spoken to their Beijing counterparts this year.

“The fact that this decision was handed down by the Chinese court last week in the midst of this current tension in the Australian-China bilateral relationship, I just do not think is coincidental,” says Australian National University international law expert Don Rothwell.

“[Australia] needs to not engage in megaphone diplomacy, especially when we’ve got a very sensitive matter now, where the life of an Australian citizen could be in peril.”

The timing is likely to raise concerns for the dozens of other Australians detained in China. Australian academic Yang Hengjun was formally indicted on espionage charges in March, claims he and the Australian government denies.

Bannister received a suspended death sentence in 2015 and remains in detention for smuggling three kilograms of methamphetamines out of China.

His compatriots Bengali Sherrif and Ibrahim Jalloh received the same sentence. NSW man Peter Gardner has yet to be sentenced after allegedly attempting to export 30 kilograms of ice out of Guangzhou in 2015. All four were caught attempting to smuggle drugs out of the same airport as Gilespie.

These cases only scratch the surface of those alleged to be involved in drug crimes between Australia and China. Many more people have attempted to export narcotics through the post by concealing them in bed sheets, microwaves, tea sets, thermos cups, miniature wooden boats, mobile power banks, car mirrors and soap.

At least 30 have been detained since 2014. Their fate is largely unknown.

Previous League was lucky to survive – here is how it can thrive once again
Next ‘It got pretty toxic’: Bayside is bitterly divided over value of heritage homes