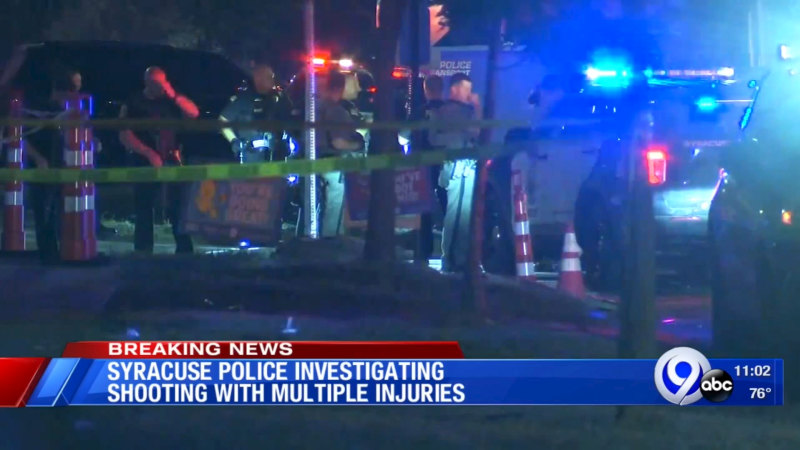 Of the nine victims, one was a 17-year-old boy in critical condition with a gunshot wound to the head and eight others – ranging in age from 18 to 53 – were expected to survive, a release from Syracuse police said.

No one was immediately taken into custody, and Syracuse Police Chief Kenton Buckner emphasised that the investigation was in its early stages in an appearance at a press conference alongside Syracuse Mayor Ben Walsh.

Syracuse officers had arrived at the scene just before 9pm, local time, for reports of a stolen car, but responding officers were met with by people who said shots had been fired into the crowd of a “few hundred,” Buckner said. The police chief said his officers didn’t hear the gunshots.