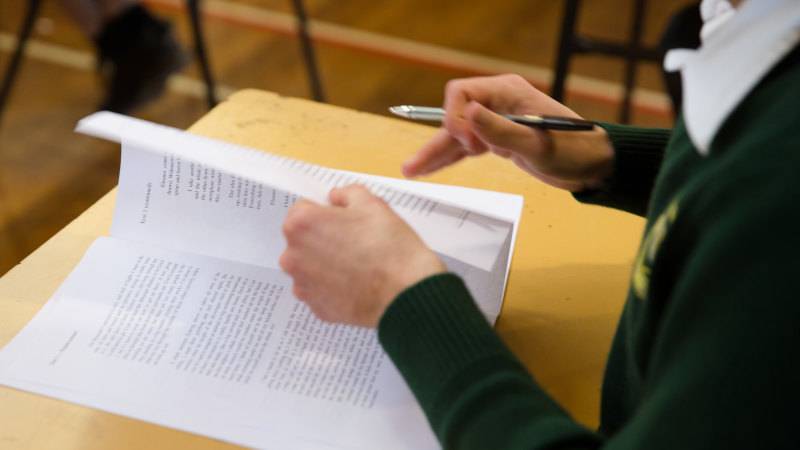 The CESE report, finished in late 2017 but never published or acted upon, suggests the IB be trialled as a pilot in a group of schools at a cost of $3 million a year, funded by extra money flowing into the system because of Gonski reforms.

IB students must choose subjects from six areas ranging from the arts to science, so they cannot focus their attention on certain subject areas, as HSC students can.

Content “tends to be at a university undergraduate level, with greater use of open-ended questions and skills of problem-solving”, says the paper, obtained by the Herald under Freedom of Information laws.

“Most go beyond the demands of HSC courses, or represent the standard of HSC extension subjects but with greater course time and depth.”

The diploma also has university-style examinations, which are “harder to prepare for, and cannot be managed by using a recipe and recall approach”, says the report, titled The IB Diploma program for NSW public school students; proposal for executive.

Research shows the IB is suitable for high-ability students as a form of curriculum acceleration, “which, although considered the best educational option for highly gifted students … remains highly under-utilised in Australia”, the report says.

The disadvantages of introducing the IB include difficulty in offering it in smaller high schools, high costs (about $300,000 per school), and the risk it “may devalue the HSC”.

A Department of Education spokesman said the HSC was a world-class qualification, and “the purpose of the research in 2017 was to generate an internal discussion paper to see what the [IB] would look like in a public education setting”.

Many private schools have chosen not to offer the IB. Jenny Allum, principal of SCEGGS Darlinghurst, said she thought the HSC was a better option. “[We] found that the HSC was more comprehensive, gave students more flexibility, was just as high quality, and gave access to the great universities of the world as much as the IB did,” she said.

Former Board of Studies chief executive Carol Taylor said introducing the IB to public schools had long been considered, but the hurdles had been cost, lack of flexibility and uncertainty over how many students would choose it.

“[Cost] made it prohibitive for the majority of government schools, and you couldn’t say some [schools] will have it and some won’t,” she said.

The HSC was also more flexible, as it allowed both the IB-style of analytical thinking but also catered for students who had different strengths. “The HSC has to have that universality. It has to be available and something that’s suitable for all kids,” Ms Taylor said.