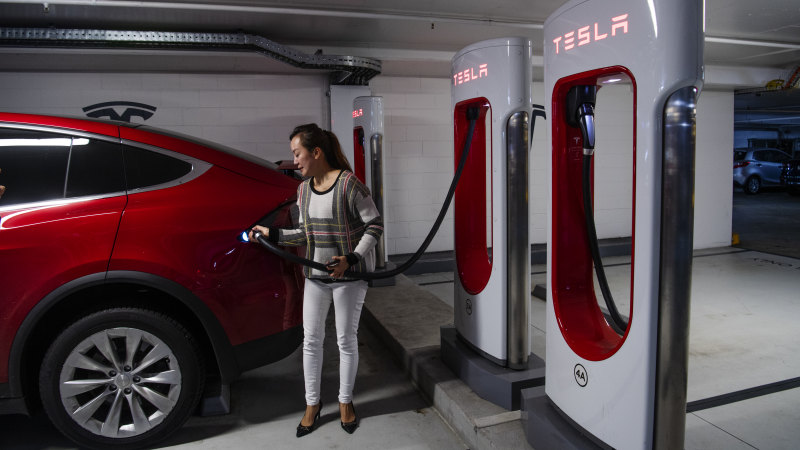 Still, with relatively lax vehicle standards, Australia trails most developed nations. Average emissions for passenger cars in Japan were 114.6 grams of CO2/km, 120.4 in the European Union, 145.6 in the US but 169.8 in Australia, the report said.

While local sales of more economical and less polluting small cars are increasing, most gains are being countered by rising demand for gas-guzzling sport-utility vehicles.

Even without tougher vehicle standards, Australia could have much lower emissions levels if consumers bought the most efficient car in each category, the report found.

“If everyone who purchased one of Australia’s top 10 selling cars or utes last year had chosen the best-in-class vehicle for emissions, Australia would have recorded a 63 per cent reduction in emissions intensity from the cars sold [rather than 0.2 per cent],” Sandra McKay, head of sustainability for the National Transport Commission, said.

Behyad Jafari, chief executive of the Electric Vehicle Council, said the Morrison government appeared to have given up on introducing tighter vehicle emissions standards developed during Malcolm Turnbull’s time as prime minister.

“It was dubbed a ‘carbon tax on a car’ and that byproduct of greater efficiency was seen as a reason to ditch it,” he said.

Mr Jafari predicted electric vehicle sales would continue to rise but at a slower pace than abroad because of lack of government support.

Countries such as Germany and France had also made promoting the switch to electric vehicles part of their post-coronavirus pandemic stimulus plans, but there was no sign of a similar approach in Australia, he said.