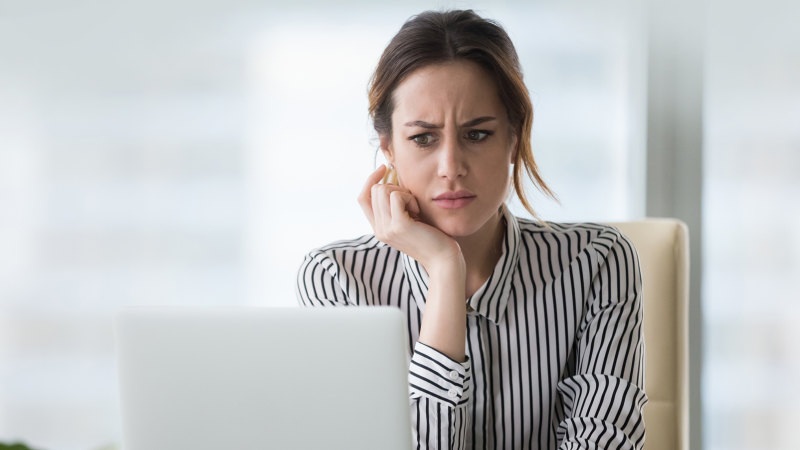 Scammers had impersonated myGov, Telstra, Services Australia, the Australian Taxation Office and other organisations, she said.

Author Marele Day recounted last weekend how she lost $10,000 from the TV adaptation of her book Lambs of God to a scammer claiming to be from Telstra.

“I’ve lost so much more than money. I have lost self-image, a sense of who I am. Scams have been attempted before, by phone, email, text messages, but I’ve never fallen for them. Now my bullshit detector is damaged, perhaps irreparably,” Day wrote.

The 2019 targeting scam report, released on Monday, also reviews the past decade to see what has changed.

“We regularly have to call other agencies and say, ‘is this real?’,” she said.

“And sometimes it turns out it’s real; sometimes it is a scam. It’s almost impossible to tell by looking. So we have to educate people: you don’t click on any links in any text or email.

“And if you think something’s not real, call the organisation. No matter who they say they are, don’t give people your personal information.”

Business email scams accounted for the most losses in 2019 − about $132 million − followed by investment scams at $126 million and romance scams at $83 million.

Reports to the ACCC show more scams are starting on social media, up 20 per cent. Scams initiated via mobile phone apps rose by 29 per cent.

Romance scams used to start on dating sites but now scammers claiming to be looking for love and companionship are making initial contact via apps and games.

Ben Young, head of fraud with the Westpac Group, said isolation during the pandemic had “not been good for people’s judgment”.

Before and after the worst of the pandemic, Westpac had seen a fall in scams reported to the bank.

During the tightest restrictions, though, scams had risen.

Mr Young encouraged anyone considering an investment or a new relationship, particularly those started online or by phone, to say these six words out loud to someone else: “Does this sound right to you?”

How scammers suck you in

Reciprocity: They may give you a small gift to make you feel indebted.

Foot in the door: Answering a single question on the phone can be an opening. Hang up.

Social proof: They may claim others like you have signed up.

Similarity: They may claim to share something with you, from being widowed to a star sign or hobby.

Authority: They may claim to be a government department or threaten legal action or jail.

Scammers were “quite dynamic”: “If it is tax return time, [the scam] will be tax-related; if it is COVID time, it will be COVID-related.”

The report found scammers were increasingly using online and anonymous payment systems, which were harder to trace. The highest losses reported were via bank transfers − about $70 million. Crypto-currency Bitcoin came in second, with losses of about $19 million.

The ACCC said 65 per cent of scam payments on Bitcoin were investment scams.

A range of “other payment methods” amounted to $15 million in losses. This included a range of lesser-known crypto-currencies and payment apps including Apple Pay and AfterPay.

Ms Rickard said the ACCC was working with the banks, such as Westpac, and businesses to disrupt scammers.