admin June 21, 2020 Federal Politics Comments Off on Wyatt eyes deal on schools to lift Indigenous Australians out of disadvantage 49 Views 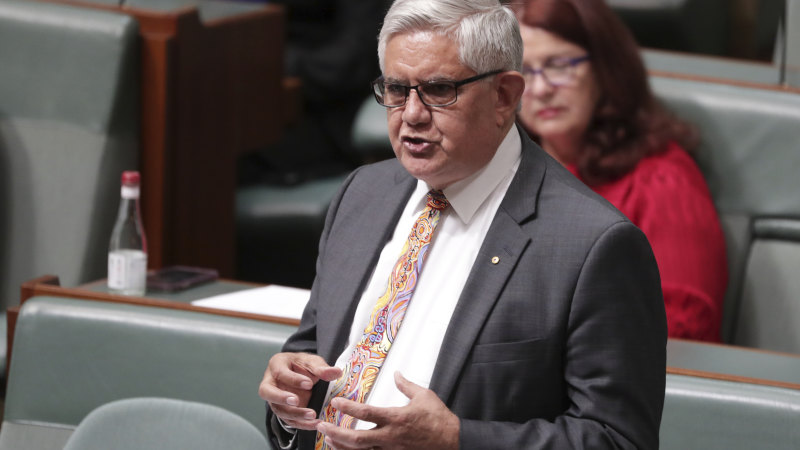 “The most important one where I want to achieve a significantly improved outcome is education – not just in early years but in the continuation right through their school,” Mr Wyatt said.

Behind the goal is the government’s concern about results in some schools that suggest only one third of the students who commence year 1 go on to complete year 12.

“That’s an attrition rate of incredible human capital – it detracts from the power of having an education in which you are better informed,” Mr Wyatt said.

“And I’ve always believed that any society gains from having individuals acquire all the stages of learning and then contributing to society.”

In one new move to offer direct help to Indigenous children, Mr Wyatt is increasing funding for mentors at 250 schools to keep young Aboriginal and Torres Strait Islander people engaged in education.

The $6 million for the Australian Indigenous Mentoring Experience is seen as an example of the work to be expanded once federal, state and territory governments formalise the new Closing the Gap targets on July 3.

Governments have failed to meet targets for child mortality and employment in earlier commitments to close the gap between Indigenous and non-Indigenous Australians, while results have been mixed in education.

Labor Indigenous Australians spokeswoman Linda Burney criticised the “dismal” results on Closing the Gap when the outcomes were revealed in February.

“This is a third term government, this neglect has happened on their watch,” Ms Burney said of the Morrison government, citing the $500 million cut to Indigenous programs in the 2014 budget.

“It’s unacceptable – and the people that suffer are not statistics, they are real people.”

While this year’s report found governments were on track to improve year 12 attainment and ensure 95 per cent of Indigenous four-year-olds were enrolled in early education, Mr Wyatt said the emphasis on year 12 disguised problems with the attrition rate prior to year 8.

Many of the Indigenous children could speak two to five languages and would be seen as highly talented in other circumstances, he said, but their capabilities were not recognised because the languages were Indigenous.

Federal and state governments agreed on draft targets in December 2018 for education, economic development and health, as well as planning a new goal to reduce Indigenous incarceration by 5 per cent for adults within a decade.

As thousands join the Black Lives Matter protests, Mr Wyatt faces questions about whether he can develop an Indigenous voice to Parliament and a form of Constitutional recognition for First Australians, given Prime Minister Scott Morrison has rejected the idea of enshrining such a voice in the Constitution.

Mr Wyatt said the Indigenous voice could offer a way for communities to gain more say over school programs to cut the attrition rates – an example of the voice working at a local level as well as at state and federal levels.

“Why are kids voting with their feet? It could be anything. Logically, the community should be invited to sit down and say what they perceive to be wrong with the school,” he said.

“I want to look at these elements with my state and territory colleagues to say that if a school is not working, we should drill down and find out why.

“That would be the strength of the voice – you could say, in your community, can we have a look at how education is valued or why doesn’t it work, and can we find a solution to bring young people back.”