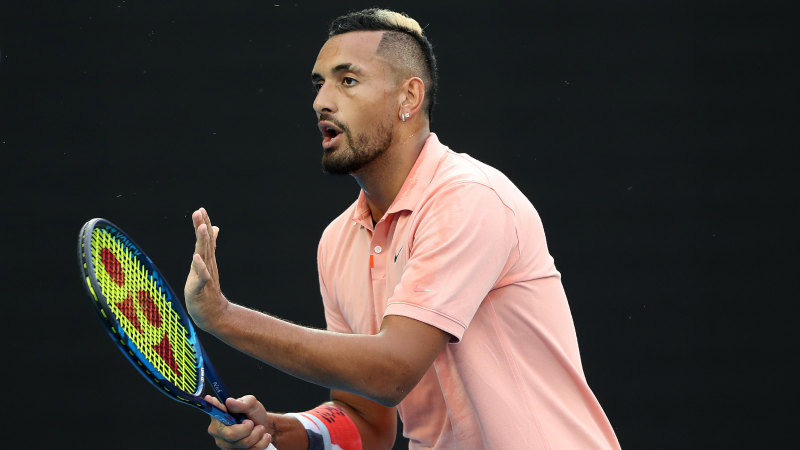 Kyrgios took to Twitter on Monday night to remind fellow professionals, in his own blunt way, that the COVID-19 pandemic that has shut down tennis is not to be taken lightly.

“Boneheaded decision to go ahead with the ‘exhibition’,” the Australian posted.

“Speedy recovery fellas, but that’s what happens when you disregard all protocols. This IS NOT A JOKE.”

The final of the event, which would have featured world No.1 Djokovic and Russian Andrey Rublev, was cancelled as a result.

“I want to reach out and let my fans and friends know that I tested positive back in Monaco for COVID-19,” the former world No.3 wrote on Instagram.

“I want to make sure anyone who has been in contact with me during these past days gets tested and takes the necessary precautions.

“I am so sorry for any harm I might have caused. I am back home now and recovering. Thanks for your support and please stay safe and healthy.”

The second leg of the Adria Tour, a Balkan charity event organised by Djokovic while international tennis remains suspended, was taking place in Zadar on the Adriatic coast before being cancelled after Dimitrov’s positive test.

Kyrgios has been against the ATP Tour’s bid to plough on with the US Open despite New York being at the centre of the pandemic crisis in the country, where more than 2.3 million have contracted the virus and 122,00 have died.