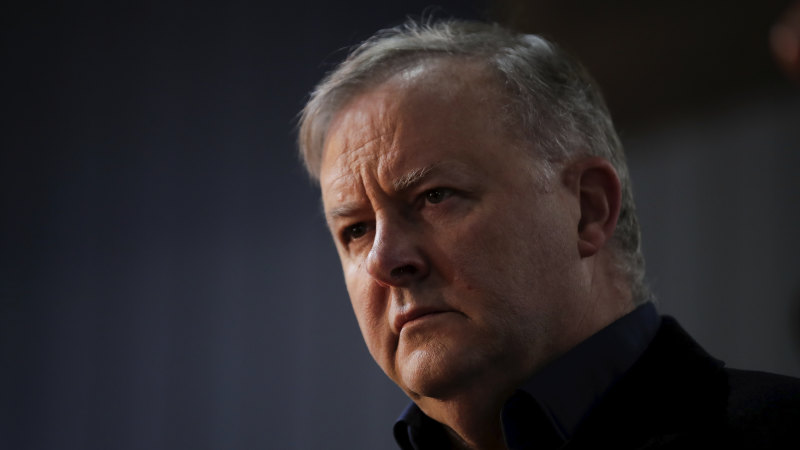 “The Prime Minister himself was the architect of this cruel scheme designed to extract $1.5 billion in unlawful debts from the Australian people.”

Almost half a million Australians received letters from Centrelink telling them they had been previously overpaid because the income their employer had reported to the Tax Office was more than the income they had reported. They were told unless they explained why within 21 days, they would have an assessment made against them and be charged a 10 per cent recovery fee.

Last year, in a landmark court case, the federal government admitted a key element of the scheme was unlawful.

Around the same time, Gordon Legal launched a class-action lawsuit against the government, saying debt recipients “should be compensated”.

Last month, the government announced it would repay the incorrect Centrelink debts to 373,000 people at a cost of $721 million.

Mr Albanese, who will announce the new campaign with government services spokesman Bill Shorten, said a royal commission would shed light on what due diligence was done and what advice was obtained into the system prior to its implementation.

It would also probe when the government first learned the scheme was unlawful.

A royal commission would also inquire as to whether the government settled legal challenges and chose not to appeal adverse Administrative Appeals Tribunal determinations in order to avoid a court ruling that the scheme was unlawful.

Of the 500,000-plus debts raised since the scheme began, figures released earlier this year show more than 30,000 debts were reduced, about 15,000 wiped and more than 25,000 waived or written off permanently.

Mr Shorten said the terms of reference would zero in on how a “fundamentally flawed” scheme was allowed to continue for as long as it did and how much it had cost Australian taxpayers.

Data released last year by the Department of Human Services found more than 800 people had died after being told they owed a debt to Centrelink. The government has said it was “foolhardy” to link the notices with the deaths without further evidence.

Mr Shorten said a commission could also make recommendations – including for law reform – on the sole use of “data matching” and automated processes.