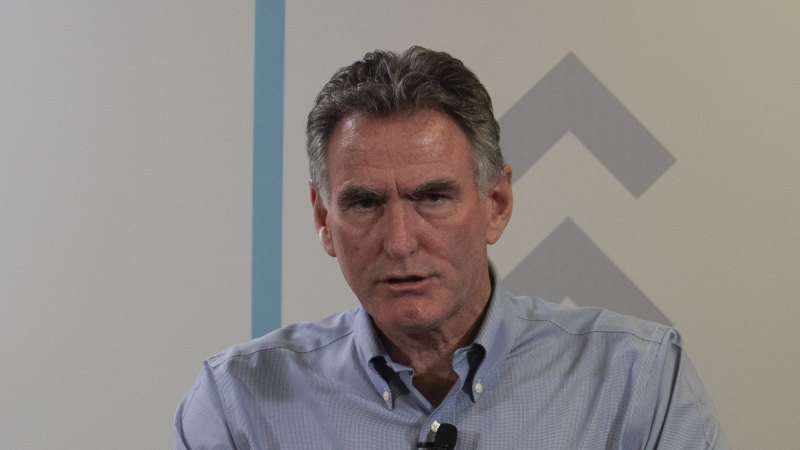 “In the short to medium, it’s quite clear that there will be a less profitable banking system here in Australia. But I say short- to medium-term, because in the long-term, it’s a very strong economy here in Australia,” Mr McEwan said at a Bloomberg conference.

Even following the hit from the global financial crisis, Australian banks often made return on equity, a key measure of profitability, of about 15 per cent.

Returns are now being crunched by bad debts and skinnier margins, with NAB making a return on equity (ROE) of 5.3 per cent in the latest half. Evans & Partners analyst Matthew Wilson said in a recent note that major banks’ ROE would be about 10 per cent after bad debts had normalised.

Bank shares crashed in the immediate response to the pandemic, with NAB shares losing almost 50 per cent, before recovering somewhat, to be about 35 per cent higher than their March lows.

Australia’s economy is in a less dire state than feared at the height of the crisis, and Mr McEwan said the nation had entered the pandemic in strong shape, helped by low government debt and well-capitalised banks. Even so, he underlined the economic uncertainty and noted the recent rise in COVID-19 cases in Victoria, where NAB is based.

“What the recovery looks like, I’m not too sure whether it’s a V, a U or a W. Today, having experienced a second wave of increases in the virus in Victoria it feels like more like a W – I think it’s just uncertain,” Mr McEwan said.

Following a recent escalation in trade tensions between Australia and its biggest export market, China, Mr McEwan said the relationship between the two countries could recover from the current patch.

NAB is the country’s biggest lender to small and medium enterprises, and he said it remained committed to supporting clients doing business with China.

“The China-Australia relationship is an incredibly important one for business. It’s been a big source of income for Australia and obviously for China as well. At the moment these relationships are being tested,” he said.

“Our view is that over long-term these relationships will build again. They’ve been very very strong for decades, and the relationships are important for both countries.”