‘Perverse incentive’ for universities to use humanities as cash cows

admin June 22, 2020 National News Comments Off on ‘Perverse incentive’ for universities to use humanities as cash cows 50 Views 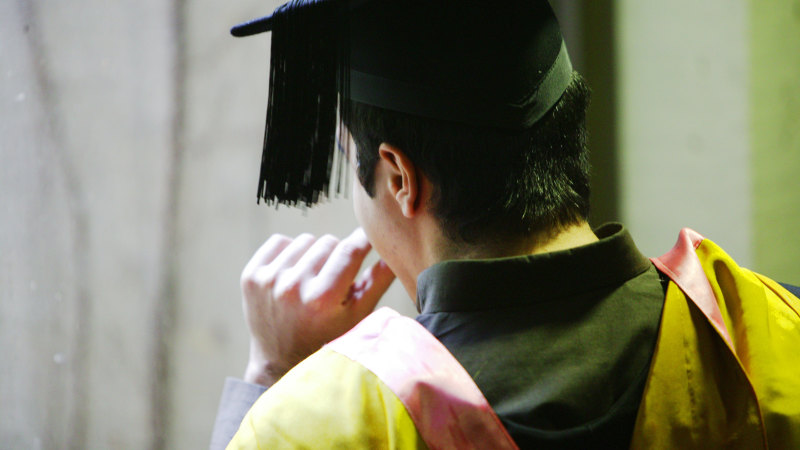 As a result, some universities argue that they will earn more money per student in subjects such as law, humanities and creative arts – if students continue to study them despite significantly higher fees.

An analysis by Frank Larkins, a researcher at Melbourne University’s Centre for the Study of Higher Education, found the sector faced an overall loss of almost $300 million a year due to changes in core funding, based on 2018 student figures and 2021 proposed field of study funding levels.

“It’s reducing the contribution the students have to pay, but saying, ‘by the way, we are not covering the shortfall’,” Professor Larkins said of the proposed reforms, which will have to win the support of crossbench senators to pass parliament.

“The government will save about $770 million in base funding. Students are going to pay more than $470 million in new money. Therefore there is a shortfall [to universities] of $280-odd million. There is where the $700 million in extra funding the government talks about will come from.”

The government will guarantee the current rate of base funding until 2023. It will put money it saves back into the sector by creating more places to meet surging demand, and investing in schemes that will prioritise funding for regional universities and disadvantaged students.

Many in the sector also argue that while the new fee structure gives students an incentive to study STEM subjects, it leaves universities with less incentive to offer them.

University of NSW vice-chancellor Ian Jacobs said the cuts to science and engineering per-student funding would force universities to absorb a shortfall of $5000 a year for each student.

“For a university like UNSW, that amounts to an impost that will run into the tens of millions of dollars each year,” he said in a message to staff.

“So supporting the government’s laudable objective to train more scientists and engineers will cost universities more – creating a perverse financial incentive for some universities to decrease training in science and engineering, where the overall fee is reduced, and train more in the humanities, law, economics, management and commerce, where the overall fees are increased through the student contribution.”

Professor Jacobs said the government proportion of per-student funding in the humanities was so low, “some universities will simply recruit as many of these students as they can outside the government cap and forgo the $1100 [Commonwealth subsidy].”

He said universities would need to teach even more students for the same funding.

Andrew Norton, Professor in the Practice of Higher Education Policy at Australian National University, said science would still be profitable in most fields. “What science will lose are the big teaching profits supporting its research,” he said.

Most universities have a “swings and roundabouts” budgeting model, in which they use money left over from some subjects to subsidise others. “Under the proposal, the humanities, law, management [students] are paying more,” said one senior university executive. “Potentially you’ve got the humanities social sciences cross subsidising the sciences.”

One of the great unknowns for the sector is how students respond to the fee cuts.

Some believe high humanities fees will hit regional and second-tier universities hardest, as a smaller group of students still keen to study subjects such as philosophy would likely be more willing to spend their $14,500 a year on degrees from Group of Eight institutions.

If demand drops, some universities might consider downsizing or closing departments. “People in departments at universities outside the Group of Eight may be particularly negatively affected,” said Professor Holden.

Mr Tehan said the government was providing record funding to universities this year, and the new package would allow them to manage their course mix and levels.

“STEM will, however, be prioritised because the $900 million Industry Linkage Fund will focus on STEM-related outcomes,” he said.