admin June 22, 2020 Latest News Comments Off on Scott Morrison’s crusade on super is the biggest attack on working Australians since WorkChoices 46 Views 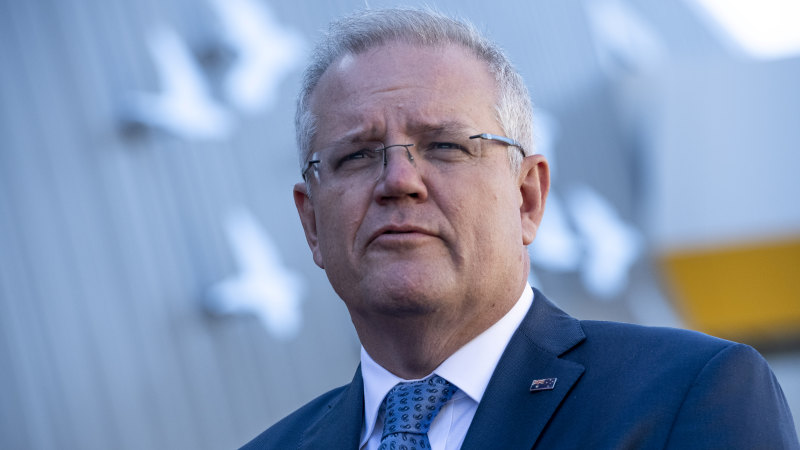 But yesterday’s public intervention by 10 Liberal MPs on the front page of this newspaper dispelled any doubt as to the strategy. You simply do not get one-in-five backbenchers speaking in unison like that unless it has been authorised by the leader, especially when the group includes a gaggle of ministerial aspirants.

Morrison’s recklessness on superannuation is already clear. Around 40 per cent of the 2 million people who took advantage of his early-access scheme for pandemic-affected workers have not actually experienced a hit to their income, according to consultancy firm AlphaBeta. Almost two-thirds of released super went on non-essential items like alcohol, gambling and takeaway food. Withdrawing $20,000 might not seem like a big deal to a 35-year-old today, but that investment would have been worth between $130,000 and $260,000 in retirement, according to Deloitte Access Economics.

The conservatives have wanted to destroy Keating’s national superannuation plan since 1987 when they first opposed any rate of compulsory saving. Back then, most high-income earners and public servants enjoyed generous pensions that guaranteed two-thirds of their final salary for life. The vast bulk of workers had no super at all, including almost all women.

Keating wanted a guarantee of 15 per cent – the level needed to achieve that same two-thirds of replacement income. But Howard halted it at 9 per cent. In 2010, my government announced we would incrementally raise the rate to 12 per cent by 2020. But Tony Abbott froze the rate at 9.5 per cent in 2014, citing a “budget emergency”. This was classic Abbott bullshit to advance a long-standing, ideological agenda.

So what reasons do the conservatives offer for sabotaging the retirement incomes of working people? First, they claim, it will boost wages. Yet if this were true, wages would have rocketed during Abbott’s freeze. Instead, wages flatlined while company profits soared. This was a direct transfer of wealth from working people to corporate executives.

Second, they claim, businesses can’t afford it. Never mind that labour productivity has risen around 9 per cent under the freeze, easily outstripping the stalled 2.5 per cent rise in contributions. They also conveniently ignore that our announcement was coupled with business-friendly measures including a company tax cut, phased implementation and an instant asset write-off.

There is also an overriding national interest at stake. Thanks to compulsory super, Australia is now an investment powerhouse. Our $3.1 trillion pension system is the third-largest in the world. This mass of diversified, long-term investment funds was an essential, though largely unrecognised, economic stabiliser during the global financial crisis. It is one of the first things credit rating agencies look at.

Our super system has become the envy of finance ministers, treasurers and the financial world. It protects national budgets by reducing radically the future call on the age pension. Where countries like Japan and France face the ticking time bomb of massive pension deficits, ours is among the lowest in the developed world. For Baby Boomers, compulsory superannuation has delivered on average $220,000 in retirement income. If Morrison’s predecessors had won the debate back in 1987, many of them would have no savings.

It becomes a massive pool of investment capital for the future growth of our own economy. It has built a world-class financial services industry in Australia, once a backwater. And it has become an essential component of the overall national balance sheet. All of this drives the Liberals stark-raving mad because it was a landmark Keating innovation. And I sought to complete his vision with the remaining 3 per cent.

Australians famously rose up in historic protest at WorkChoices, voting in my government to abolish it, restore balance to the industrial relations system and preserve decent wages and conditions for working Australians. Today may mark the 10th anniversary of the factional coup that brought that government to its knees, but the Fair Work Act has nonetheless survived despite hostile conservative governments. A similar gargantuan effort is now needed to preserve decency for all Australians for their retirement.

Kevin Rudd is president of the Asia Society Policy Institute and was the 26th prime minister of Australia.