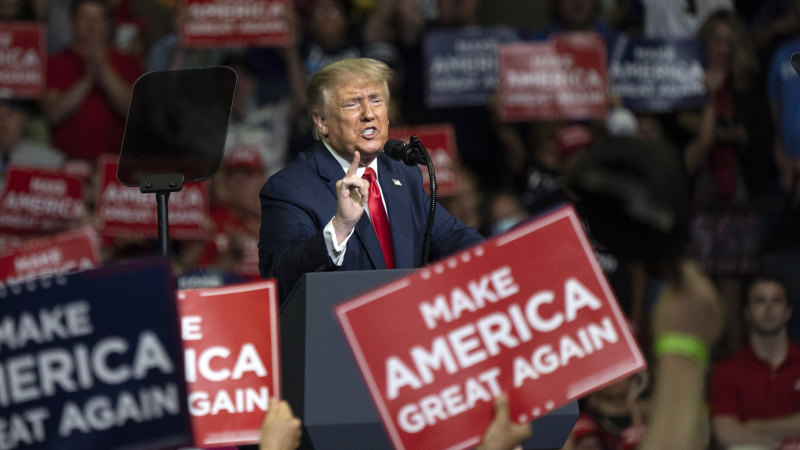 These are not the only headwinds he is facing. His former national security adviser John Bolton has hit the publicity trail with his new book attacking the President for his supposed willingness to tarnish all his dealings with foreign leaders with a penchant for self-interest. He accused Mr Trump of a “stunningly uninformed” view of the world and enabling a decision-making process that was a “danger for the republic”.

And while Mr Trump is doing his best to brush aside concerns about the continuing battle with the pandemic, infection hotspots keep arising around the country as the death toll hits 120,000. The President’s lack of empathy was on full display at the Tulsa rally, with him calling the virus “Kung Flu” and joking that he asked officials to “slow the testing down please” to keep a lid on infection rates.

It’s worth remembering that as the world adjusts to a new normal while living with the threat of COVID-19, America is experiencing a political era that is also far from normal. Its history is littered with presidents who have tested the boundaries of competency and decency, but if Mr Trump’s many critics are to be believed, never has the US had a leader whose character is so ill suited to the role.

While Mr Bolton’s blistering book has reignited calls for Mr Trump to be held to account, with the US election just over four months away, the President’s final reckoning appears most likely to come via the ballot box. And if polling is more accurate now than it was in 2016, when Mr Trump won against most predictions, Australia would be well advised to be doing its homework on what a Biden presidency would look like.