21 days in WA as Victorian clubs ready themselves to travel 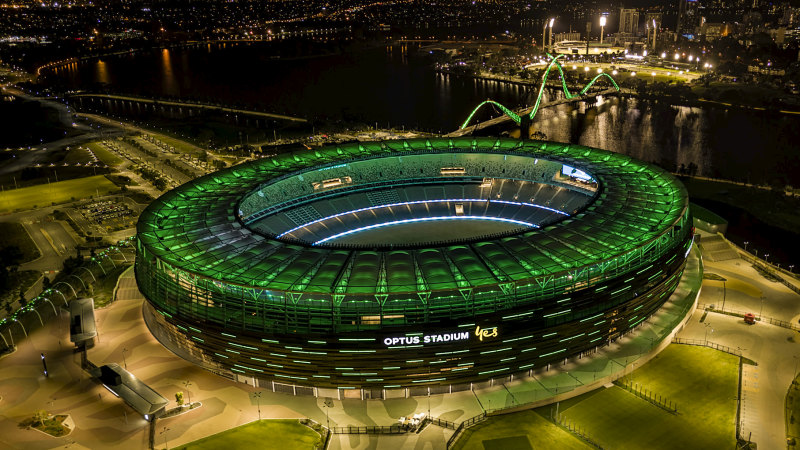 Fremantle and West Coast could then play the derby in round seven with Optus Stadium able to host a capacity crowd of 60,000 people from July 18.

The AFL is hopeful of announcing rounds six and seven by Thursday or Friday.

There could then be a rolling arrival of clubs based in WA to play against each other while serving their quarantine period before being drawn to play Fremantle or West Coast.

With Richmond scheduled to play West Coast at Metricon Stadium in round five and Essendon and Melbourne already having played Fremantle and the Eagles respectively in round one it is unlikely they would be among the first clubs to play over in the west while the clubs from South Australia and Queensland will have also played the Western Australian clubs in the first five rounds.

It means Carlton, Collingwood, Hawthorn, Greater Western Sydney, Geelong, North Melbourne, St Kilda, Sydney and the Western Bulldogs were all preparing for the prospect of having to relocate for a period from round six onwards.

All clubs have expressed willingness to do their bit to keep the AFL rolling with the coaches of Geelong and Collingwood embracing the prospect a fortnight ago.

Carlton and St Kilda will not have left their home state since the start of the season by the time round five concludes leaving them as potential candidates to travel although the AFL has not given any indication as to which teams may have to head west during 2020.

They are yet to discuss new fixture arrangements and what it might mean for players with the AFLPA although they have broad support for arrangements similar to those in place on the Gold Coast.

McGowan said Perth would be the logical place for a grand final if Victoria could not host crowds at the MCG however the MCG – which is contracted to host the grand final – remains the AFL’s preferred venue at this stage.

The AFL also told club CEOs in a 90-minute phone hook up on Tuesday they wanted to repay the debt as quickly as possible showing revenue projections for two years beyond this season. They told bosses their projected revenues for 2020 were improving on their dire initial forecasts.

Previous SCG Trust merger opens door for Souths to move back to Allianz
Next ‘Whom do you trust?’: Singapore calls election amid pandemic