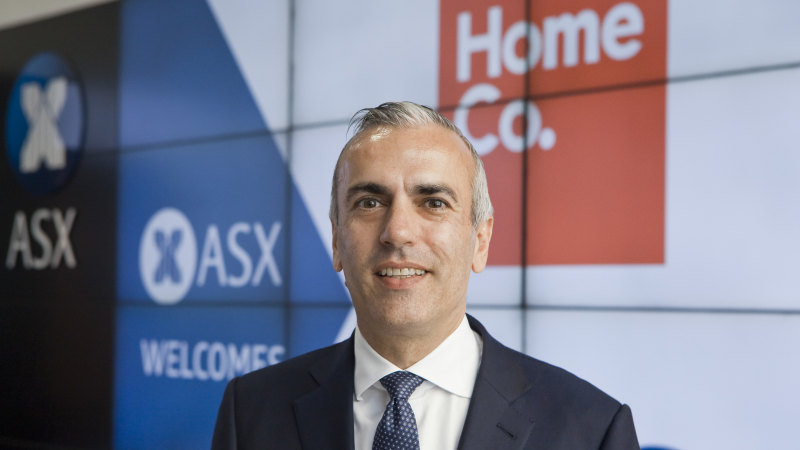 “We didn’t have the dip that the traditional malls had in foot traffic. Retailers have remained open and as a result we’ve been trading well,” he said.

HomeCo listed on the Australian exchange in October last year and controls a string of convenience-focused malls developed from former Masters stores.

About half of the group’s portfolio was assessed by external valuers with the rest being scrutinised in-house.

Mr Di Pilla attributed the positive result to rents being set at the bottom of the rental curve at the firm’s initial public offering, which gave the business good growth in assets over time.

Diversified developer Stockland on Monday reported a valuation decline of 6 per cent across its portfolio. Earlier this month GPT reported an 8.8 per cent decline and mall landlord Vicinity Centres said it expects a hit to values of between 11 and 13 per cent.

But while the pandemic didn’t tarnish values, it has affected income − with the landlord saying in May its final 2020 distribution will be half of its pre-coronavirus forecast, at a minimum of 0.05¢ per security.

The fund manager is also in expansion mode. It has purchased the Parafield Retail Complex in Adelaide for $25 million from one of its foundational investors to add to its portfolio.

The mall is 35 per cent leased to Wesfarmers-related retailers and counts Super Retail Group among other tenants.

The deal will generate an ungeared cash yield of 7.5 per cent in the first year, Mr Di Pilla said. That follows the purchase of another mall in regional Ballarat in Victoria earlier this year.

Meanwhile, neighbourhood-focused landlord SCA Property Group has reported a cash rent shortfall of $22 million between March and June 19, 2020 across its centres.

A portion of the shortfall was from government-mandated waivers or deferrals to tenants as a result of the pandemic, SCA said.

This, combined with a capital raising of $279 million undertaken in April, will drive down its full-year distribution to 12.5¢ per security from its previous guidance of 15.1¢.