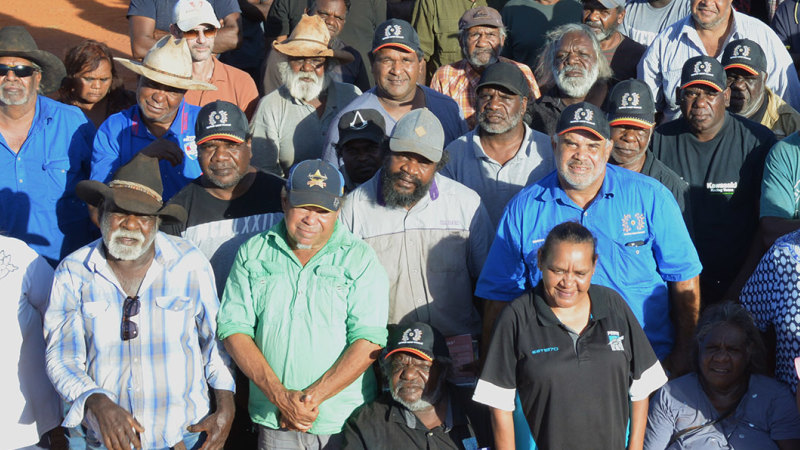 Lead convener of the Coalition of Peaks, Pat Turner, described the survey as “ground-breaking”, because it put Indigenous-led organisations at the heart of a new push to overcome entrenched disadvantage for Aboriginal and Torres Strait Islanders.

“It’s a vast difference to what’s happened in the past, when bureaucrats have led those processes” she said.

“Aboriginal and Torres Strait Islander people have been saying for decades that they want to be listened to,” said Ms Turner, who also heads the National Aboriginal Community Controlled health organisation.

“Closing the Gap can no longer be a business as usual approach by governments.”

The survey found overwhelming endorsement for three new “priority reforms” in the relationship between governments and Indigenous Australians.

These were: building structures to ensure the full involvement of Aboriginal and Torres Strait Islander people in decisions on Closing the Gap; boosting support for Indigenous community-controlled organisations so they can play a greater role in service delivery; and systemic transformation of mainstream agencies providing services to Indigenous Australians.

Many respondents highlighted the need for programs to be unshackled from short-term political cycles, for Aboriginal elders to be closely involved, for the mentoring of Indigenous youth to build their skills and help train emerging leaders, and for Aboriginal and Torres Strait Islanders to choose their own advisers, rather than having advisers imposed on them.

Some 91 per cent of respondents felt it was important or extremely important for Aboriginal and Torres Strait Islander community-controlled organisations to be the vehicles for service delivery to Indigenous communities.

The report acknowledges that some sectors, such as health and land title, have a greater capacity to deliver this, compared with others such as disability, early childhood and housing, with levels of expertise varying across the country.

Governments have to “build capacity” in sections of the Indigenous community-controlled sector where “service infrastructure and governance arrangements are not fully equipped or prepared”, the report warns.

The survey also found “participants were unanimous in vocalising the importance of cultural competency within mainstream organisations and government services”.

Most thought “basic lack of understanding around the issues and complexities that Aboriginal and Torres Strait Islander people face in mainstream organisations has contributed to an entrenched disparity in life outcomes.”

Significantly, there was a lack of enthusiasm for the draft Closing the Gap targets as formulated by government. Many respondents wanted changes, such as the inclusion of mental health and youth suicide, and targets for the preservation of culture and languages.

There was also a concern among some that present targets were “deficit-focused” and “strength-based targets should be developed across priority areas instead.”

In February, Prime Minister Scott Morrison said two of the existing seven Closing the Gap targets were on track to be met and acknowledged a “government knows best approach has not delivered the improvements we all yearn for”.