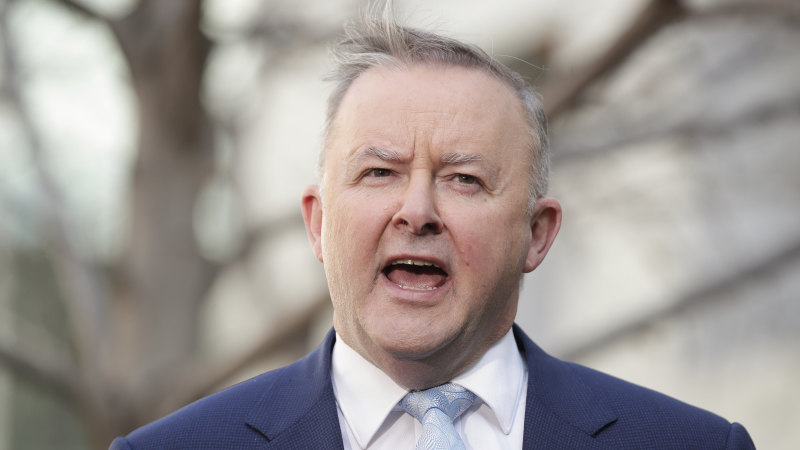 He says Labor is also prepared to support the development and use of carbon capture and storage (CCS) methodologies and while it remains opposed to the government’s Emissions Reductions Fund – on the grounds that it is an inappropriate use of taxpayer money – it is prepared to respect all of its contracts.

It will also call for any future policy to be “scalable” to different emissions targets by future governments and draws the line at a domestic nuclear power industry.

In a letter to Mr Morrison, Mr Albanese says both the Reserve Bank of Australia and the Business Council of Australia had lamented the lack of a clear and comprehensive policy to entice greater investment into the energy sector.

“Labor is not naive about the challenges of achieving bipartisan agreement on energy policy. That is why I am proposing a specific framework for any future discussions, as well as outlining the aspects of the approach Labor is willing to take in any future negotiations.”

Industry and RBA analysis found new investment in renewable energy generation fell by 50 per cent in 2019 following the Coalition’s decision to dump the NEG in late 2018.

“While there is much to admire in the draft Technology Roadmap, it does not represent a new national energy policy that will deliver the technological change that it espouses,” he writes.

“It is a roadmap that says where we are going as a country, but it doesn’t answer how we get there.”

Labor will offer to support the government in supporting the development of CCS technologies, on the proviso it establishes new finding mechanisms, remaining opposed to any new CCS projects being funded by the taxpayer-funded Australian Renewable Energy Agency (ARENA) or Clean Energy Finance Corporation.

He told Mr Morrison the government should commit to “re-fund ARENA” for any discussions to have a “credible chance of success”.

“As we address the greatest health and economic crisis we have seen for generations, it is only by working together that we can deliver the leadership Australian business and families are rightly crying out for,” he writes.