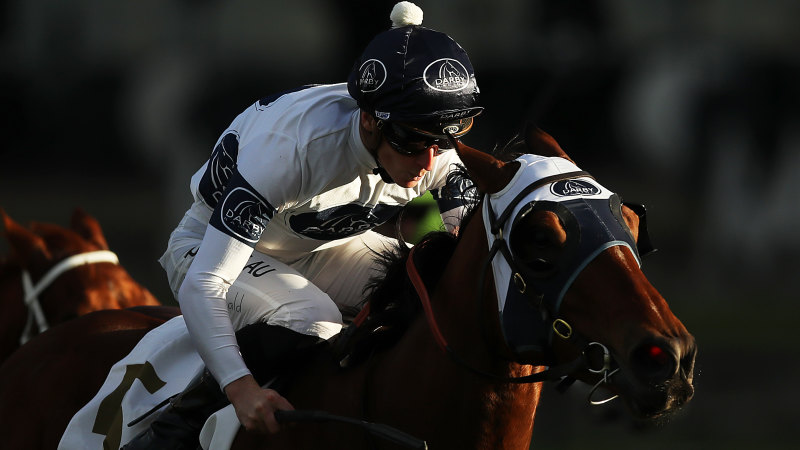 The stipes adjourned a race-day inquiry after labelling McDonald’s effort “half-hearted” during a 25-minute grilling. The jockey said he felt Joe Pride’s well-supported $2.90 favourite was struggling in the heavy ground before the turn.

McDonald refuted claims his ride lacked purpose and vigour, telling stewards: “I was trying my best”.

Threeood eventually beat just one runner home, but only a little more than three lengths behind winner Stella Sea Sun.

It will be the second high-profile running and handling inquiry in Sydney in less than a year. Sam Clipperton had his spring carnival thrown into disarray in 2019 when he was banned for a month.

The rider opted to take an extended break from the sport before returning earlier this year.

McDonald’s mounts have raked in more than $13 million in prizemoney from Sydney races this season and his march to another premiership was considered a formality over the remaining six weeks.

He needs just four winners to reach the century on metropolitan tracks in 2019-20.

Any suspension would provide a glimmer of hope for Rawiller, who has the same amount of rides as McDonald (six) at Canterbury on Wednesday.

Meanwhile, the state’s most prolific rider this season, Blaike McDougall, is facing an early end to his season after being banned for six weeks for lying over possession of unauthorised riding boots at Hawkesbury on Tuesday.

McDougall, who has ridden a state best 121.5 winners this season, was questioned over using unapproved riding boots to weigh out with at the meeting.

Stewards claim McDougall twice denied owning a pair of such boots until they were found in the riders’ room and he admitted to possessing them.