‘It will be massive’: Kerr says hosting World Cup will change Australian football

admin 2 weeks ago Latest News Comments Off on ‘It will be massive’: Kerr says hosting World Cup will change Australian football 14 Views 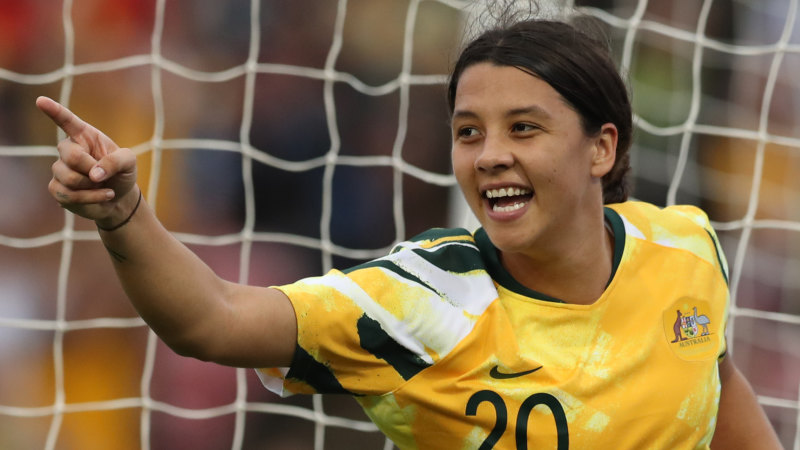 “The reason we are nervous is because we want to so badly and we care so much,” Kerr said. “The benefits will be huge. You can’t begin to think what it would do for football, but just for young girls and boys in general it will be massive to see the best of women’s football coming to Australia and playing on our home soil.”

The forecasted impacts include a surge in female participation in Australia that could lead to a 50/50 gender representation by 2027. That demand could unlock government funding for facilities, and generate widespread interest in the games that would help accelerate the growth of professionalism of elite players.

When Kerr made her debut for the Matildas in 2009, Australia’s best female players lived on the breadline. They subsidised meagre salaries with part-time jobs, juggled playing for two clubs in Australia and the US in a single year along with a congested international schedule and were offered little support.

Kerr’s situation today is different; a star of the game, a face of Nike, playing solely for Chelsea, earning full-time salaries in the UK and with the Matildas and she is far from alone.

It’s part of the improvement in facilities, conditioning, player welfare, coaching and technical standards in the women’s game and the bulk of those advances have come in the past three years. If Australia was to co-host a World Cup in 2023, Kerr believes the growth potential for the next three years will be limitless.

“Add another three years on that, it will blow people away,” she said. “I think this will surprise a lot of people, including the non-football people.”

Those sentiments are shared by her Matildas teammates. The COVID-19-forced shutdowns of football competitions has been forgotten, with chatter centred solely around the 2023 Womens’ World Cup bid and what it would mean to the game.

If Friday’s vote goes as hoped, it could be a while yet before Kerr regains her composure.