Mr Heydon, the High Court’s judgment is a moral one

admin 3 weeks ago National News Comments Off on Mr Heydon, the High Court’s judgment is a moral one 17 Views 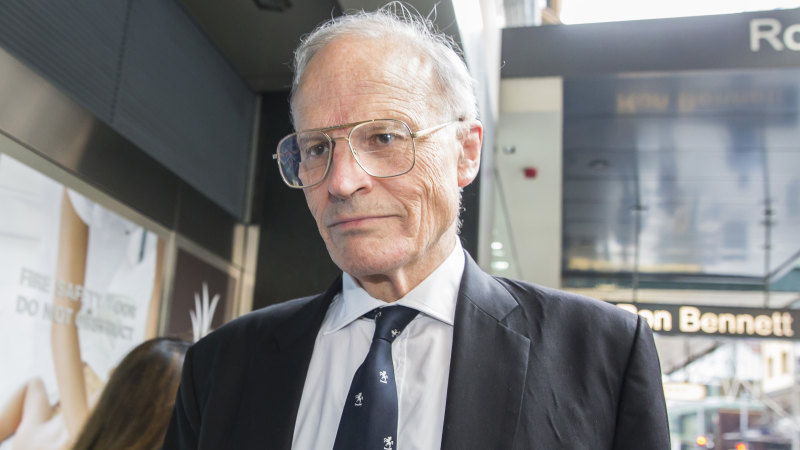 Deeply embedded in the soul of every lover of Western democracy is the belief that we must have confidence in our judiciary. We may occasionally and fervently oppose their judgments; for the sake of democracy, we cannot rise up against them – as Heydon has done.

I somehow assumed a judge who had so often defended the rule of law and the independence of the judiciary might have known this, along with the witless lawyer at Speed and Stracey who authorised the statement. The justices of the High Court must be fuming with rage at this undermining of their authority and integrity by one of their former colleagues. On behalf of democracy, so should we all be fuming.

The breathtaking arrogance of the statement takes us to the arrogance that underlines sexual harassment. Forget the notion that sexual harassment is merely an undisciplined overflowing of sexual desire, somehow tied up with powerful sexual attraction and desperate needs. There are hundreds of millions of people on earth suffering mind-breaking libido levels but they don’t all end up having to defend their conduct to a High Court.

It should come as no news that sexual harassment is about power imbalances, not hormonal ones. Which explains the claimed prevalence of sexual harassment in professions where advancement and job preservation depend strongly on personal references. Where there are so many high achievers looking for advancement that putting up with unwanted advances comes to be reluctantly accepted in silence.

The #MeToo movement exposed the extreme vulnerability of up-and-coming actors to the venality of those who could give them the big break into a movie or television role. “She’s got the right look” passes for merit. The industry can make a star of anyone who pleases its gods.

It all went a bit quiet as #MeToo kept exposing the darlings of the Glitterati Left, but Dyson Heydon’s latest publicity certainly reopens #MeToo’s argument that sexual harassment is a persistent and vexatious feature of female corporate life.

The legal profession is now exposed – because surely our High Court judges are to be believed – as one where sexual harassment can flourish. Now that’s a revelation. Not. In fact, sexual harassment thrives in a limited number of well-known micro-climate conditions which would have made it easy to identify the judicial sector as a risk: the hierarchical cultures and lack of transparency in appointment and promotion, and for anyone lucky enough to start their career working for a judge, the high rewards – the opportunities for appointments to the bar and, later perhaps, the judiciary.

Sexual harassment thrives in places where the powerful can invoke dominance behind closed doors and the subjugated dare not call them out for fear of losing their livelihoods. Where appointments and promotions are decided on personal choices and closed conversations between colleagues, instead of well-documented interview panels with transparent criteria.

Sexual harassment thrives in cottage industries, where process is poor and scrutiny difficult. It particularly thrives in professions where an overweening sense of righteousness prevents inward reflection. The church, medicine and, historically, the army spring to mind.

The High Court’s belated embrace of Human Resource Management 101 in response to the Dyson revelations tells us, alarmingly, that the hundreds of years’ exposure to the shortcomings of human behaviour amassed on the bench have not translated into reflection on its own profession. Until now.

Chief Justice Kiefel’s courageous confession of shame will start the change, but every judge’s chamber, every barrister’s chamber and every law firm in the country needs to follow suit. Every lawyer, male and female, needs to demand it.

Pru Goward is a former sex discrimination commissioner and minister in a NSW Liberal government. She is a professor at Western Sydney University and a director with Taylor Fry, data analysts and actuaries.