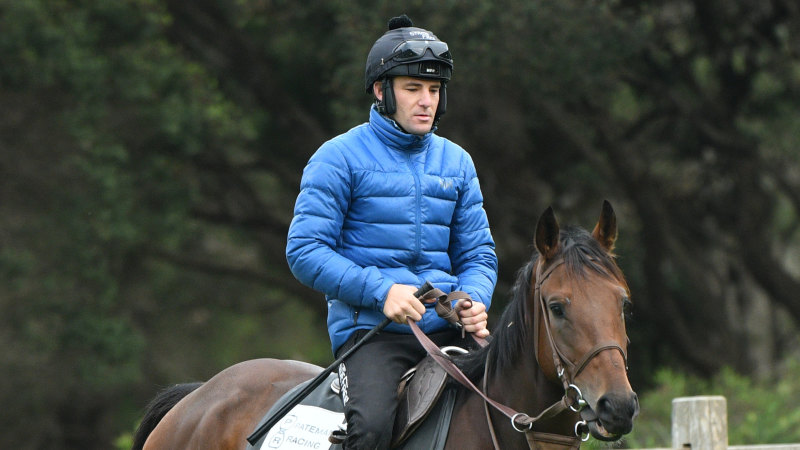 As well as being denied the opportunity to test the concentration of urine and the organic and inorganic levels of alleged cobalt in the reserve sample, the pair also argue the RADB failed to give adequate weight to a number of key defence submissions.

One expert called upon in the RADB hearing by Pateman and Barton was Dr Derek Major, who told the RABD that urine samples had a much greater chance of contamination than blood samples. Dr Major added that photos of the testing shed at Coleraine appeared to be “far from an ideal situation”.

On appeal, Pateman and Barton say the RADB failed to give adequate weight, “if any at all”, to Dr Major’s expert evidence.

In Pateman and Barton’s statement of claim, they also say the RABD did not give enough consideration to the evidence they provided both on race day and in later interviews.

At the RADB hearing, Pateman said he and his now wife were “pretty drunk” during a 9.24am phone interview on October 13, 2017 following “a pretty big night” while holidaying in Port Douglas.

In their appeal, they say the RADB failed to give merit to the claims they were coerced into making admissions they had illegally treated Sir Walter Scott and they also question why the transcript of that interview did not match the recording, “indicating either the recording has been edited or the recording transcribed was transcribed incorrectly or [steward] Mr [Dion] Villella clearly was wrong about his evidence”.

In finding them guilty in March, the RADB panel said the “original admissions of administration [on October 13, 2017] were true and correct. There is no contest but that there was administration at some time.”

The RADB panel did not find any issue with Mr Villella’s evidence.

“What has happened thereafter has been a series of unsuccessful attempts to avoid the consequences of those admissions,” the RADB determined.