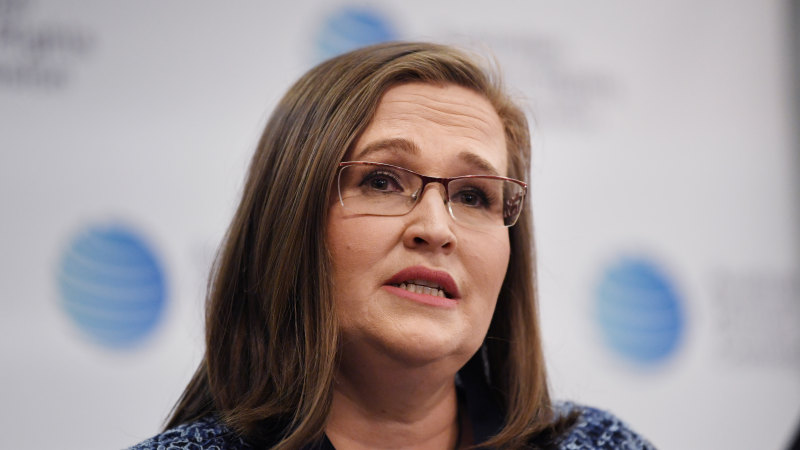 Mr Heydon responded to the allegations through his lawyers, saying he “denies emphatically any allegation of sexual harassment or any offence”.

Ms Jenkins did not comment on Mr Heydon’s case but said a range of factors contributed to a higher risk of sexual harassment in the legal profession, including that men still held “the majority of the senior roles in the profession”.

A number of roles in the “small and connected” profession, such as law graduates working for a year as judge’s associates, were also not permanent positions.

Lawyers relied heavily on “word of mouth and reputation”, Ms Jenkins said, and there was “hot competition” for roles with a requirement to socialise and network after hours.

“It creates an environment where sexual harassment can happen but also where people are highly reluctant to bring a complaint,” she said.

Ms Jenkins said the profession needed to pull together at a national and industry-wide level, across courts, law firms, unions, and legal bodies such as the Law Council, to deliver a comprehensive response to harassment and cut out duplication.

“As a whole industry, this is definitely not a judge-only problem,” she said. One initiative might be a “a common portal” for lodging complaints, she said.

On Wednesday former Family Court Chief Justice Diana Bryant backed calls for a federal judicial watchdog to investigate complaints against judges, as she revealed she had been groped by a judge as a young lawyer.

NSW has an independent Judicial Commission to receive and investigate complaints about judges and magistrates, but there is no federal equivalent.

Complaints about federal judges including High Court judges must be made to the court, and may then be referred to the Attorney-General. The Law Council of Australia has long called for a federal judicial watchdog.

“I have looked particularly at how the Judicial Commission in NSW works, and I’m now inclined to the view that you do need some system like that,” Ms Bryant said.

The peak body for the profession, the International Bar Association, conducted a survey in 2018 of 7000 lawyers from 135 countries, including Australia, on workplace bullying and harassment.

Kieran Pender, senior legal adviser to the IBA’s policy and research unit, said bullying and harassment was “particularly problematic” in workplaces like barristers’ chambers and courts that “don’t have a comprehensive management or HR [human resources] overlay”.

“The HR models in law firms are not perfect, but at least they do have something,” he said. “A lot of barristers’ chambers and a lot of judiciaries either have nothing, or people don’t think there’s anything.”

On Friday, Ms Berejiklian indicated that NSW would charge overseas visitors for hotel quarantine rather …