The Australian economy outperforms the world, but real test to come

admin 3 weeks ago Federal Politics Comments Off on The Australian economy outperforms the world, but real test to come 36 Views 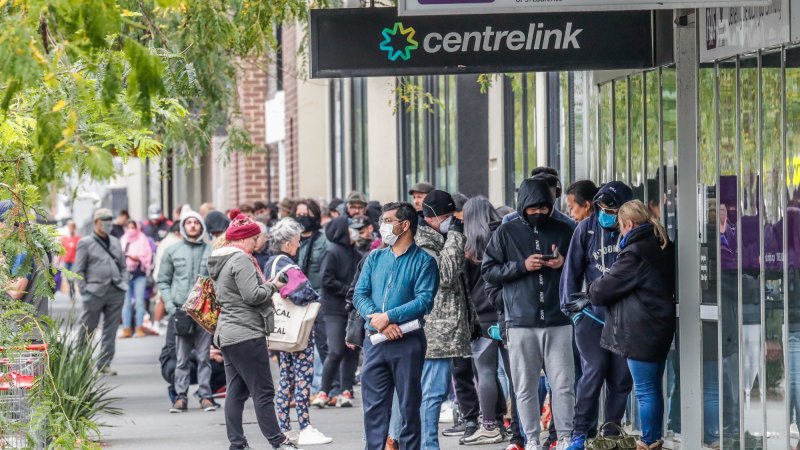 That has enabled the reopening of many sectors, which aided by a string of government policies (federal and state), has given an economic lifeline to businesses and their staff.

Given what Treasury was warning Scott Morrison and Josh Frydenberg in late March, with talk of a double-digit collapse in economic activity and unemployment north of 15 per cent, it is a tremendous policy success.

But success now does not guarantee success by year’s end or beyond.

On top of the loss of 838,200 jobs since February, there are hundreds of thousands of positions being propped up with government support. No one can say with any clarity what will happen to those once the support is withdrawn.

As Australian Industry Group chief executive Innes Willox told a Senate committee on Wednesday, recessions of any sort leave deep scars. He noted it normally takes up to a decade for unemployment alone to recover to pre-recession level.

Two-thirds of businesses, an Australian Bureau of Statistics survey has found, are surviving on less revenue than a year ago. About 30 per cent of them have suffered revenue losses of more than 50 per cent.

All of which means the government’s policy steps in coming weeks are vital to how the economy will play out this year and beyond.

As the IMF cautions, withdrawing support like wage subsidies or extra assistance for the unemployed too quickly poses extraordinary risks.

In Australia, not only are the federal government’s main support measures due to end in late September but also a raft of state initiatives such as payroll and land tax deferrals.

Repayments on business loans, mortgages and rents are also due to re-start all around the same period.

And while the Australian economy is expected to “only” contract by 4.5 per cent this year, growth next year is tipped to be 4 per cent. In other words, the economy won’t get back to its pre-virus starting point until at least the middle of 2022.

Australia has done exceedingly well compared to the disaster playing out in many other nations. But that does not mean it can rest on those economic laurels.