Tips and race-by-race preview for Kembla on Thursday

admin June 24, 2020 Sport Comments Off on Tips and race-by-race preview for Kembla on Thursday 37 Views 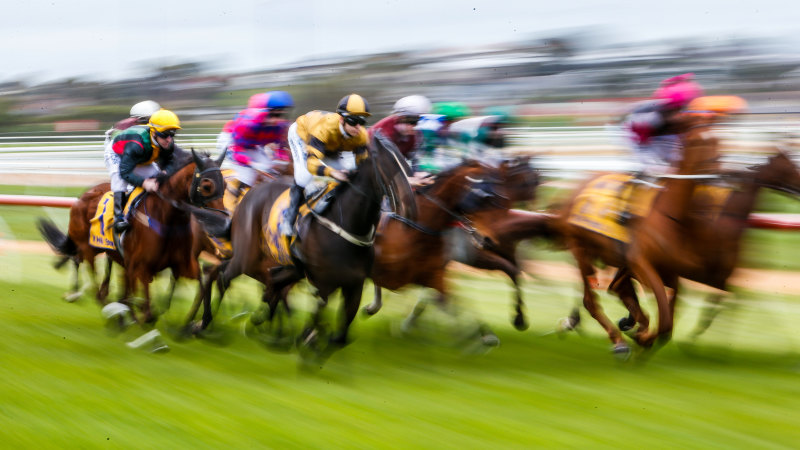 4. Oojooba gave a good account at Gosford before a break and liked her trial when kept under a big grip at Randwick recently, looked as though she could have won it easily. Likely to be within striking range of the lead and hard to hold out.
Dangers: 3. You Rang has been a beaten favourite, at a short price, at both starts to date including on debut here when beaten in the last stride. Won the trial over Oojooba under significantly more duress. Probably leads and will give a sight. 6. Stargirl is an interesting runner and her only trial for Joe Pride was a handy one albeit on the synthetic. Barrier one a plus and any support would be worth noting. 1. The Irish Yankee was hard work for the jockey at his only start where he was beaten narrowly here back in October. Easy trial win on the synthetic last week and he bears close watching.
How to play it: Oojooba win; Trifecta 4/1,3,6/1,3,6
Odds & Evens: Split.

4. Highbury was six weeks between runs and stuck on well when runner-up at Gosford two weeks ago. Sure to be fitter for that and up to a soft track looks a big plus. Should land somewhere on the speed and gets a big chance to break through.
Dangers: 5. Peralta looks a lot better suited at 1500m than he was first-up at Canterbury over 1250m. He ran well there without ever looking a threat and his best recent effort was a second here back in November. Entitled to show up. 3. Doctor Mancini has been a bit hit and miss so far with a handy debut then a flop then a game effort here on a heavy two weeks ago. That was at 1400m so thinking the trip is what suits and he should run well. 7. Without Equal gets the blinkers on after an improved showing first-up and at start two at Sapphire Coast earlier this month. Will need to lift again but an each-way hope.
How to play it: Highbury win; Trifecta 4/3,5,7/3,5,7
Odds & Evens: Split.

10. Triskana is way under the odds but goes on top in a race that lacks a bit of depth. Drifter in betting first-up at a mile and led and boxed on to run second. Fitter and likely leader again and should be harder to run down.
Dangers: 9. Ausbred L’Or ran a nice race first-up at Hawkesbury, finishing off well, then drifted in betting and was never in the race at Gosford. Expect that the extra trip and firmer ground will suit and no surprise if she’s a big improver. 3. Circus Bound was no match for the winner here last start on a heavy track but managed to hold the rest at bay. Still on the up and he could easily find himself in the placings. 1. Terre Di Biacco could be a good longshot. Forgive last run at Wagga on a heavy track when somewhat in the market, his two previous runs were okay and while he’s had a few chances this is a very winnable race.
How to play it: Triskana win; Quinella 9 & 10.
Odds & Evens: Split.

13. Glock comes through what might be a handy form race when third at Newcastle earlier this month. He’s around the mark lately and expect he will go forward from a wide gate and if he gets the breaks in the run he’ll be very competitive.
Dangers: 9. Brilliant Tavi is a big watch first-up. Had some support on debut at Goulburn back in January and didn’t do a lot after going back from a wide gate. Given a very soft trial recently at Warwick Farm and comes up with gate one. Could surprise. 1. Stormy Rock could well be scratched but if he turns up he’s logically very hard to beat. Overdid it on debut and weakened then ridden more conservatively at Warwick Farm and just missed when back 100m. Wide gate here but winning chance. 5. Ultimate Thinker is another drawn out that might be a scratching and she comes through the same race as Stormy Rock where she was a bit plain in fifth. Better ground will suit and she’s in the mix too.
How to play it: Glock each-way.
Odds & Evens: Odds.

1. Straight Torque has to take the step out of maiden company from his solid debut win but looks as though he can do it with some on pace favours possible. Sat on the speed at Gosford and held them off, can only be fitter and drawn to have his chance.
Dangers: 7. Bowery Breeze is bursting for a change of luck which is often the case with backmarkers but he’s racing well. Left it too late at Goulburn last start but closed strongly and if they overdo it up front he’ll be charging. 4. Capri Of Tuffy wasn’t suited to leading last start so forgive that. Thought she was sound when resuming at Kensington as she ran on well from the back. Could go forward or back here and is an each-way chance. 8. Oaksastar raced well last time in and kicked off with a Muswellbrook win before stepping out in trip. Trialled on the synthetic two weeks ago, drawn to get a soft run and should be strong late. Keep in mind.
How to play it: Straight Torque each-way.
Odds & Evens: Odds.

5. Matowatakpe couldn’t have been missed first-up storming home from the back, along the inside, at Hawkesbury in a smart return. Chance for a bit of pressure on up front here which would suit and he will be the one attacking them again late.
Dangers: 2. Shadow Bridge races best when in front and he will probably find the front from his inside gate. Just nailed in the last stride at Wyong last time and is a winner at this track and trip. Strong claims. 6. Classy Anna hasn’t raced since September and that was her only run since last June and resumes without a trial. She’s smart on her day, loves the short course and will be prominent from gate one. Any support would be a push, worth throwing in the mix. 11. Dizzy Miss Lizzy gets back and runs on and is better than her second-up fourth at Goulburn suggests. Hit the line well at Canberra first-up and should have the opportunity to sit back and find the line again here.
How to play it: Matowatakpe win; Trifecta 5/2,6,11/2,6,11.
Odds & Evens: Split.

8. Lubuk was put right out of his comfort zone by a tearaway leader first-up and he held his ground okay. Firmer surface suits him and back to provincial level, from the good gate he should have no excuses this time around. Entitled to feature.
Dangers: 5. Constanzia is flying this time in with strong wins at Tuncurry and Cessnock and while this is a class rise she’s hard to knock. Probably looks to slot in midfield or worse from the wide gate and she can run into the finish. 6. Thor’s Thunder has only won two from 30 but one of those was two starts back and he backed it up with a narrow defeat on a heavy 10 here two weeks ago. Goes forward and is racing consistently so is hard to leave out. 3. Ruthless Agent wasn’t disgraced in two runs in town before back to a Gosford BM64 and he boxed on well to run second. Usually runs well here and while wins have been tough to come by lately he has a good chance.
How to play it: Lubuk each-way.
Odds & Evens: Split.

Previous Pateman, Barton claim lack of natural justice in RADB hearing
Next Storm sweating on government call about Queensland base