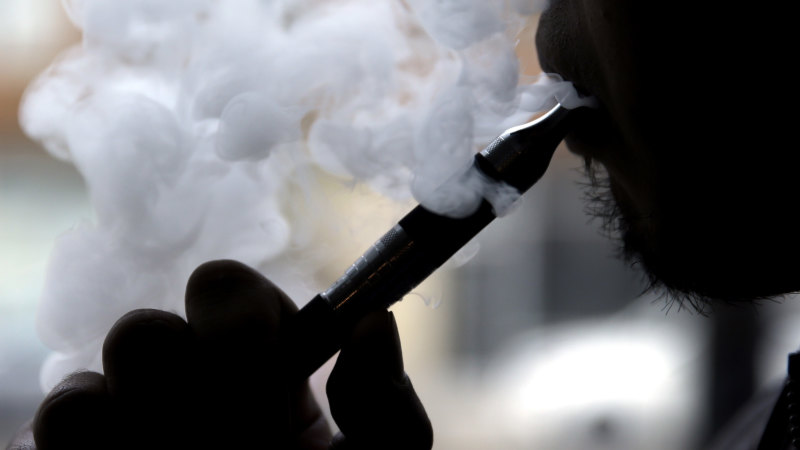 They argue the rapid introduction of the import restriction is “too rushed” and “completely impractical”.

“With that in mind we respectfully ask that the government rescind the regulation establishing the new regulatory framework and allow the existing scheme to continue at least until the end of this year, while further consultation can occur on the proposed changes,” the MPs say.

“We understand that you have a different view on the relative risks of establishing a regulated vaping market in Australia. We respect your views.

“Regardless of our differences of opinion on that issue, we feel that this proposed regulatory change has been too rushed and risks a widespread community backlash and perverse health outcomes.”

Responding to the MPs’ letter, a spokesman for Mr Hunt stood by the import ban and said the Victorian Poisons Centre reported a doubling of nicotine poisons between 2018 and 2019 caused mainly by imports of dubious quality.

“The Morrison Government, together with the state and territory governments, is committed to shutting down the importation of vaping products due to its associated health risks such as nicotine poisoning,” the spokesman said.

“This measure that is due to come into effect on 1 July further strengthens Australia’s precautionary approach to e-cigarettes, and is in line with the existing ban of domestic sales of nicotine based vaping products in place in all states and territories.”

The MPs called for a full discussion of the issue in the Liberal and National party rooms and said a reversal of the decision would allow for more time to consider how to regulate vaping in Australia.

A public petition established by Mr Christensen and Senator Canavan has been signed by more than 52,000 people in 24 hours, the letter notes.

“We have never seen a public reaction like it. We believe that this reaction shows how many people have relied on vaping products to kick a long term habit of smoking.”

Under Mr Hunt’s regulatory change, the imports will be banned for a year, with exceptions for people who get a prescription from a doctor.

The Therapeutic Goods Administration is also consulting on on how to regulate vaping products.

Mr Hunt told 2GB on Tuesday the US had experienced a 78 per cent increase in the number of high school students vaping, and the US Food and Drug Administration “has been deeply concerned about what they’ve described as an epidemic”.